World Animal Net (WAN) had the honour of taking part in the recent meeting of the Coordination Committee for Animal Welfare in Africa (CCAWA) (25-26 October 2018) organised by the African Union’s InterAfrican Bureau for Animal Resources (AU-IBAR), and a joint meeting with the Bureau of the Pan-African Parliament and the Committee on Rural Economy, Agriculture, Natural Resources, and Environment (27 October 2018), which is one of ten permanent committees of the Pan African Parliament (PAP). Both meetings took place in Kigali, Rwanda. 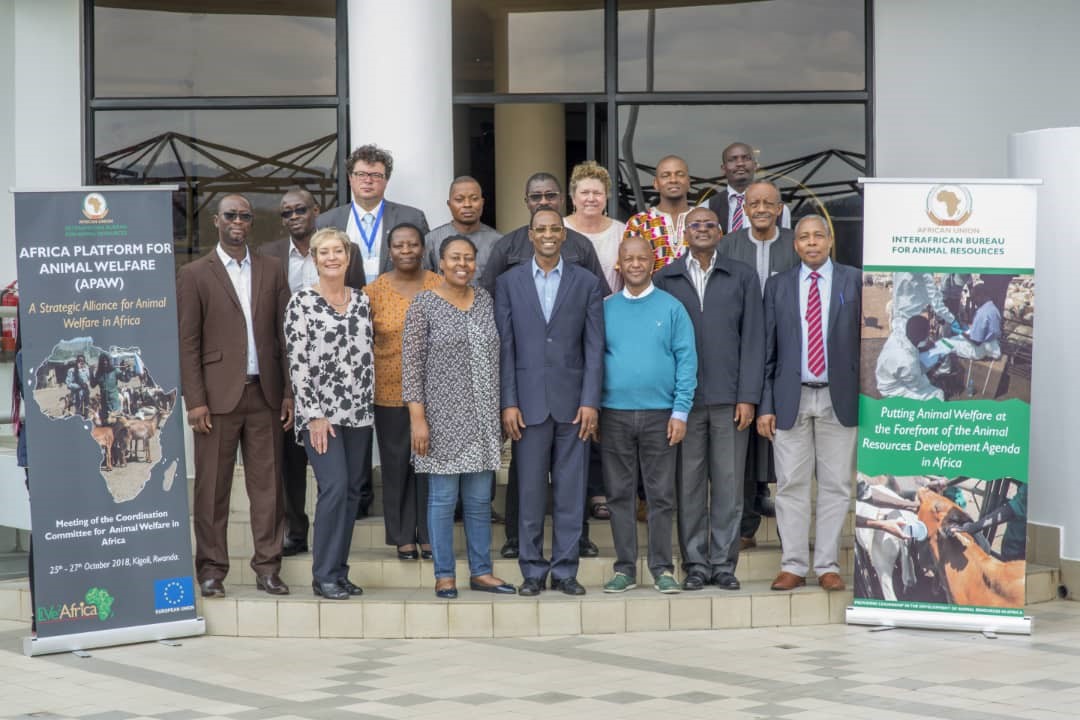 This was the second meeting of the CCAWA, and its objectives were:

The meeting was driven and ably prepared by AU-IBAR. In fact, it is thanks to AU-IBAR that there is now an African Strategy for Animal Welfare, and the APAW to drive this forward.

The CCAWA is the core working group of the APAW. There were 16 members of the CCAWA present at the Kigali meeting, and these included AU-IBAR, key animal protection representatives, the Food and Agriculture Organisation of the United Nations (FAO), representatives from member states and a Regional Economic Community, and animal welfare experts from three regions of Africa.

The CCAWA meeting was effective and constructive, and at the end of the two days we had prepared our presentations for the Pan African Parliament, agreed an action plan for the period October 2018 to October 2019 and a planning matrix for the first General Assembly of the APAW.

The joint meeting with the Pan African Parliament was overwhelmingly constructive and positive, with many parliamentarians from across Africa supporting the need to develop animal welfare on the continent. In the end, it was agreed to hold the first meeting of the APAW in conjunction with the Pan African Parliament meeting, scheduled for May 2019 in Midrand, Johannesburg. The theme for this meeting will be the “Compelling Case for Consciousness on Animal Welfare in Africa”.

Interestingly, many members of the Pan African Parliament spoke of the need for best practice policies and legislation for animal welfare, so WAN was able to speak about its own resource which met this need precisely – the Model Animal Welfare Act.

For more information on the development of the AWSA, see our previous blogs:

More in this category: « Champion of the Global Pact for the Environment in Surprise Resignation World Animal Net Sponsors Event at the World Trade Organization's Public Forum on World Animal Day »
Twitter
back to top