“Ocean levels are rising quicker than expected [...] they are also being poisoned. Oceans absorb more than a quarter of all CO2 in the atmosphere and generate more than half our oxygen. Absorbing more and more carbon dioxide acidifies the oceans and threatens all life within them. Three major reports [...] confirm that we are knowingly destroying the very support systems keeping us alive. And indeed, we are.” These were the somber words spoken by the United Nations (UN) Secretary-General Antonio Guterres in his opening remarks at the United Nations Climate Change Convention in December 2019. 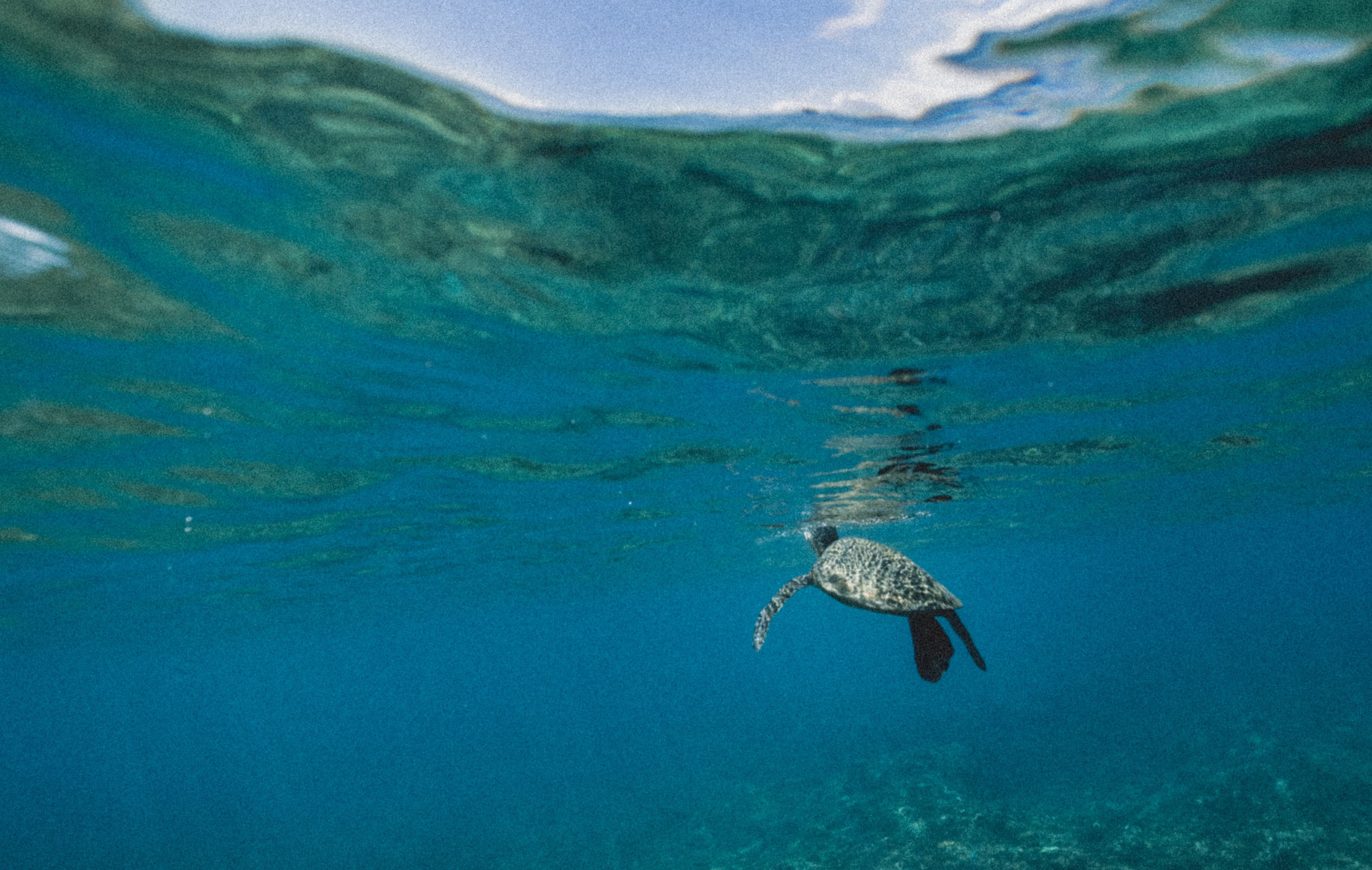 One of the first steps in advancing the UN Secretary-General’s Decade of Action for the Sustainable Development Goals will be the the United Nations Ocean Conference which is set to take place from 2-6 June 2020 in Lisbon, Portugal under the theme of “Scaling up Ocean Action Based on Science and Innovation for the Implementation of Goal 14: Stocktaking, Partnerships and Solutions.”

In preparation for this event, the UN held a two-day preparatory meeting from 3-4 February at UN Headquarters in New York, which World Animal Net attended, during which delegates deliberated eight proposed themes for the interactive dialogues that will guide the consultations at the 2020 UN Ocean Conference. Discussions also focused on the conference’s political declaration.

Two milestone reports published in 2019 provided the backdrop for the preparatory meeting. The first is the Intergovernmental Science-Policy Platform on Biodiversity and Ecosystem Services’ (IPBES) Global Assessment Report on Biodiversity and Ecosystem Services and the second is the Intergovernmental Panel on Climate Change (IPCC) Special Report on The Ocean and Cryosphere in a Changing Climate. Both gave clear scientific evidence that humans need to change their interactions with the oceans in order to halt and reverse the damages they have inflicted upon them. The UN’s Special Envoy for the Ocean, Peter Thomson, highlighted during the preparatory meeting the five biggest challenges currently facing oceans. These include pollution in all its forms (from plastic litter to runoff from industrial agriculture and sewage), unsustainable fishing (including subsidies, illegal fishing and harmful fishing practices), ocean warming, deoxygenation, and acidification. He emphasized that dealing with the last three issues will prove to be very difficult as they are intrinsically linked to human-caused greenhouse gas (GHG) and heat trapping emissions. He stressed that “the ocean is sick” and that we have to move from diagnosis to treatment in order to ensure that the ocean can continue to “look after us”.

The eight themes for the interactives dialogues that were discussed are:

Participants stated that the implementation of SDG 14 will remain out of reach if it is not tied into concrete actions and implementation frameworks that simultaneously tackle other SDGs, including SDG 13 (Climate Action), Life on Land (SDG 15) and Responsible Production and Consumption (SDG 12). 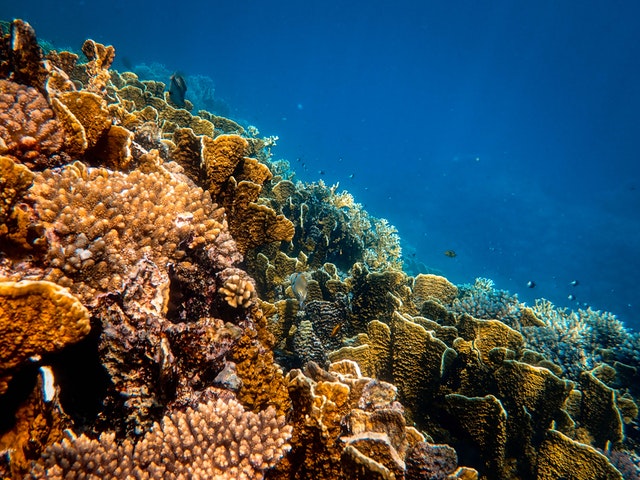 Iceland stressed that one of the biggest challenges to ocean action was a lack of investment and political will. “Yes, we need innovation, but it is not an excuse for lack of action today”, said the Iceland representative. The European Union echoed this view, stating that there was a strong need to apply the precautionary principle when tackling the challenges facing our oceans and that claiming a lack of scientific knowledge was not an excuse to postpone action. Instead the EU highlighted the urgency for a stronger political will to implement scientific advice. Solutions proposed by Member States included scaling up and facilitating the exchange of data, research and innovative practices, focusing on global regulatory gaps, preventing pollution at the source and transitioning to circular economies. Supporting and scaling up sustainable fishing and aquaculture was mentioned by dozens of countries as a positive step towards safeguarding the oceans. However, according to an action paper by the Good Food Institute (GFI) titled “An ocean of opportunity”: “While more responsible aquaculture approaches have been demonstrated in some cases, the vast majority of aquaculture occurs in regions of the world where these techniques are seldom practiced, oversight is limited or nonexistent, and adverse impacts can exert global reach.” GFI finds that “aquaculture systems often present severe risks including reliance on fishmeal and fish oil from wild fish, emergence of drug-resistant pathogens, destruction of sensitive coastal habitats, and escape of non-native farmed species into wild ecosystems.” The paper proposes a more sustainable alternative to aquaculture:

“Accelerating the development and commercialization of scalable plant-based and cell-based seafood products that compete on taste, price, accessibility, and nutritional quality with their ocean-derived counterparts should comprise a core component of global strategies to maintain the vitality and, ultimately, the survival of our oceans.”

It was discouraging to see that innovative solutions such as this one, were not proposed during the preparatory meeting.

In addition, industrial animal agriculture and its catastrophic impacts on the world’s seas and oceans was seldom called out explicitly, despite the fact that tackling this driver could significantly reduce pollution in land and marine ecosystems. Estonia was the only country that mentioned agriculture’s compounding effects on climate change and marine biodiversity and proposed that sustainable organic agriculture could help protect the oceans from adverse consequences. 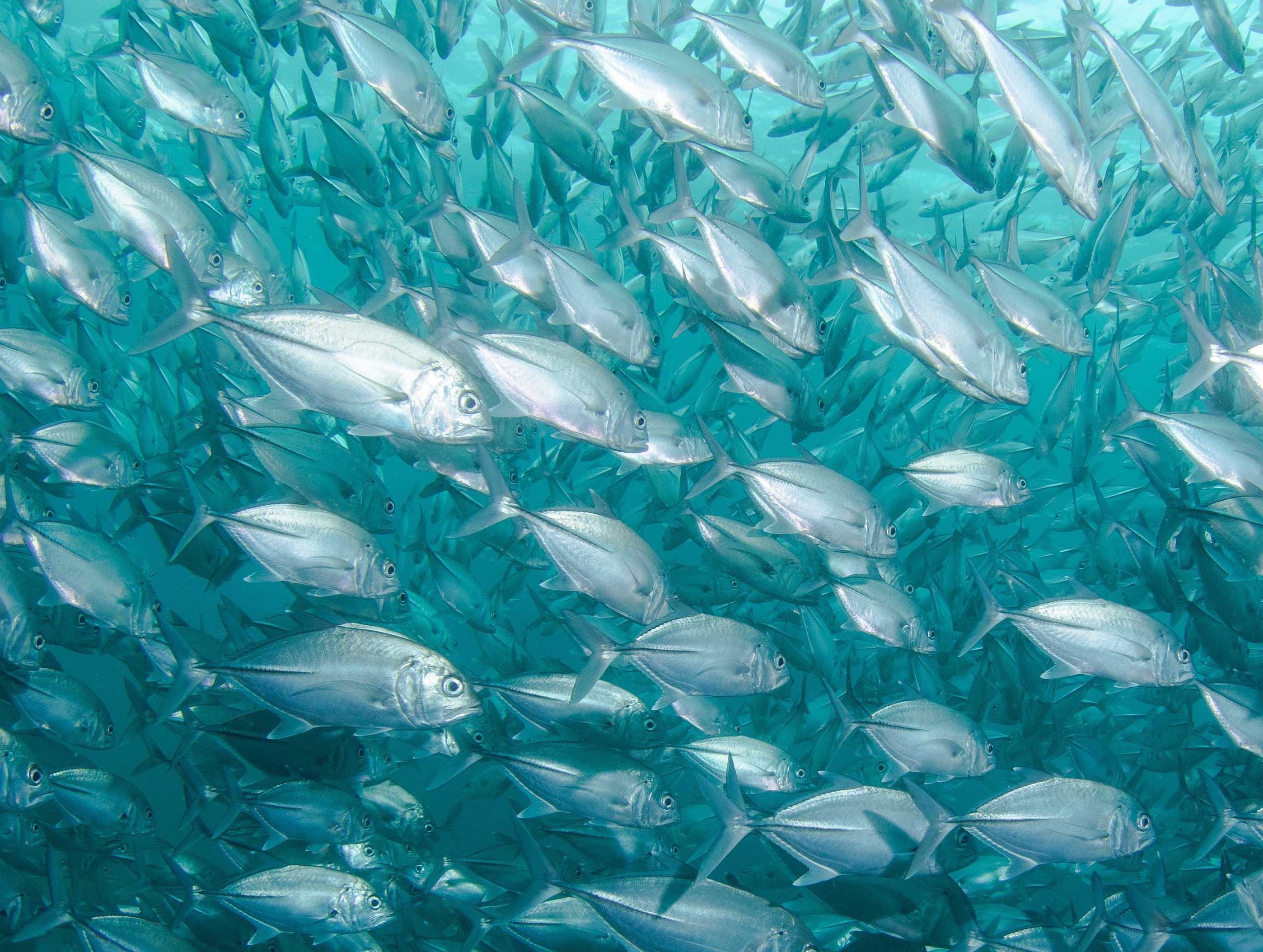 When talking about ocean health and reaching “a balance between the sustainable use of the oceans and their conservation” (as the majority of countries called for), it would be remiss to not address the topic of fish welfare. The World Organisation for Animal Health (OIE) states in its Global Animal Welfare Strategy that “The use of farmed fish for food or any other purpose carries the ethical responsibility to avoid unnecessary suffering of these animals. It is also a critical relationship between welfare and healthy aquatic animals. The OIE has developed welfare standards for farmed fish that cover transport, stunning and killing for human consumption and killing for disease control purposes.” This important field of ocean science and the OIE’s internationally agreed upon welfare standards can be highlighted in several of the dialogues that will take place during the Ocean Conference in June, especially in Theme 2 (Managing, protecting, conserving and restoring marine and coastal ecosystems), Theme 4 (Making fisheries sustainable and providing access for small-scale artisanal fishers to marine resources and markets) and Theme 6 (Increasing scientific knowledge, and developing research capacity and the transfer of marine technology).

UN Secretary-General António Guterres recently stated that “The world’s oceans are under assault from pollution, overfishing and much else [...] We must use the Lisbon conference to protect the oceans from further abuse and recognize their fundamental role in the health of people and planet.” The tools, resources and scientific evidence are already within reach, but it is time for countries to step up and adopt truly bold, innovative and transformative action plans that will set marine and terrestrial ecosystems on a course of recovery, for the benefit of people and animals alike. The Ocean Conference is an important opportunity for animal protection organizations to influence the conversation surrounding the wellbeing of fish and other aquatic animals.

The registration period for the UN Ocean Conference is now open through March 10, 2020. Details can be found on the ocean conference website.

More in this category: « Final Theme Selected for the 2021 United Nations Environment Assembly Guidelines on Food Security and Nutrition - Who will benefit most? »
Twitter
back to top