I was honoured to be invited to the recent African Union Animal Welfare Coordination Meeting, which took place in Nairobi, Kenya, on 27th April 2018. To add to this honour, World Animal Net (WAN) was also included as a member of the Coordinating Committee of the African Platform for Animal Welfare. 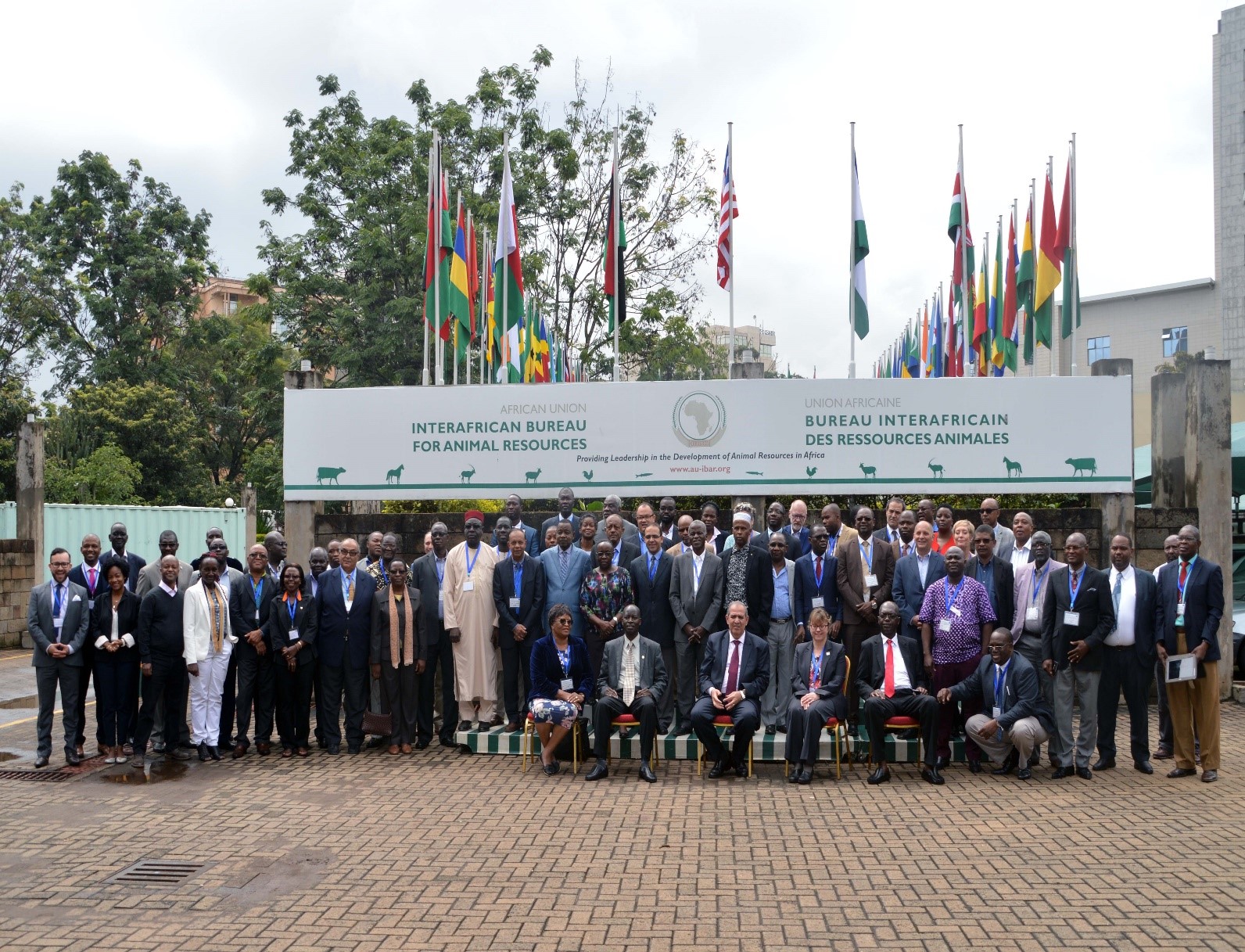 The African Union Interafrican Bureau for Animal Resources (AU-IBAR), which is a specialised technical office of the African Union Commission, has taken leadership for the development of animal welfare across Africa. AU-IBAR has worked with its partners to develop an Animal Welfare Strategy for Africa (AWSA) and a four-year action plan. The AWSA and the implementation mechanism, the African Platform for Animal Welfare (APAW), were validated in July 2017 at African Union Commission Headquarters in Addis Ababa, Ethiopia.

The main recommendation coming out of the validation meeting was that AU-IBAR should lead a process for the development of a comprehensive programme for the effective implementation of the four-year action plan and the operationalisation of APAW.

A one-day meeting was held on the 27 April 2018 to action this recommendation. This was organised back-to-back with the 10th Pan African CVOs Meeting of Chief Veterinary Officers (CVOs) on the Common Position for Africa on the draft World Organisation for Animal Health (OIE) Standards. Involving CVOs in the meeting ensured that they were updated on, and able to play a role in, the development of the animal welfare agenda in Africa.

The meeting officially launched the Coordination Committee of Animal Welfare in Africa (CCAWA) which will coordinate the implementation of the AWSA and APAW in Africa. We were delighted that WAN was included as a member of this. The CCAWA was also tasked with the review and validation of the proposed programme for the implementation of the AWSA and APAW entitled “Improving Animal Welfare Governance in Africa” which is based on the six areas of focus of the strategy and the four-year action plan. The meeting also adopted the 2018 annual work plan of the CCAWA.

It is encouraging that the action plan includes the development of animal welfare networks at regional and national levels. This particularly ties in with WAN’s strategy to support the development of animal protection coalitions/alliances, and the work of our International Policy Forum, which includes a focus on the building or regional and national alliances/consortiums.

We were involved with the research and development for previous attempts to develop African RAWS – beginning with one-year’s research on Southern Africa with the OIE in 2010. In 2013 we working with Ghana to research a potential RAWS for West Africa. Sadly, neither of these initiatives have yet reached fruition. However, we were delighted to be present when the Intergovernmental Authority on Development (IGAD) finalised and validated the first African RAWS back in August 2016. Now, with AU-IBAR leadership, we are delighted to see the work on RAWS by Regional Economic Communities gathering momentum again.

During the meeting, APAW partners were asked to make statements on their collaboration and support for the implementation of the programme. WAN used this opportunity to express its deep appreciation for the role of AU-IBAR in driving forward an Animal Welfare Strategy for Africa (AWSA).

WAN is ready to take an active role in the African Platform for Animal Welfare (APAW), and to support the implementation of the AWSA. We are an animal welfare network, and already have 120 affiliate organisations from across Africa. We plan to support our network in their engagement with national and regional policy alliances.

We particularly welcomed the centrality of “good practice” in the AWSA. Since WAN’s founding over 20 years ago, a major part of our role has been to collect and share animal welfare information and expertise, including good practice. Over this period, we have amassed significant resources, which we are ready to make available. These cover many of the areas included in the AWSA.

We specifically mentioned our Model Animal Welfare Act (MAWA) as an example of best practice’ in animal welfare legislation. This covers not only legislative provisions, but also information on policies and implementation, which we feel will be of immense help to African countries developing their policy and legislative systems for animal welfare.

We also mentioned our role on the Steering Group of the project to develop “Good Practices for Animal Welfare in Agriculture Development Projects” – along with the World Bank, Food and Agricultural Organisation, the OIE and Wageningen University. For this we have already compiled a good practice database for agricultural development. But these resources will be further honed – using best available expertise in workshops - to provide operational resources and training materials. The resources produced from this will also be useful in supporting the implementation of the AWSA.

An exciting piece of news is that the first Animal Welfare General Assembly will be held in conjunction with the Pan-African Parliament, where all 54 African countries will be present. This will take place on 16-17 November in Johannesburg. The theme is still under discussion, but the meeting’s suggestion was “The compelling case for consciousness raising on animal welfare in Africa”.

What a wonderful opportunity to raise political awareness and will in favour of the development of animal welfare in Africa!

We are looking forward to working with AU-IBAR and all their partners, to achieve the vision of the AWSA – “An Africa where animals are treated as sentient beings”.