A Global Pact for the Environment: Third Substantive Session

The third Substantive Session of the Ad Hoc Open-Ended Working Group (OEWG) Towards a Global Pact for the Environment took place from 20-22 May 2019 at UN Environment in Nairobi, Kenya. This was the last substantive meeting, preparing recommendations to be sent back to the UN General Assembly on further action for the environment.

IISD Reporting Services have prepared a daily report of the meeting and a summary report, which are available here.

There is also further information available on UN Environment’s web portal for the Global Pact under the tag for the Third Substantive Session. This includes:

A brief report can also be found on the website of the Global Pact for the Environment. 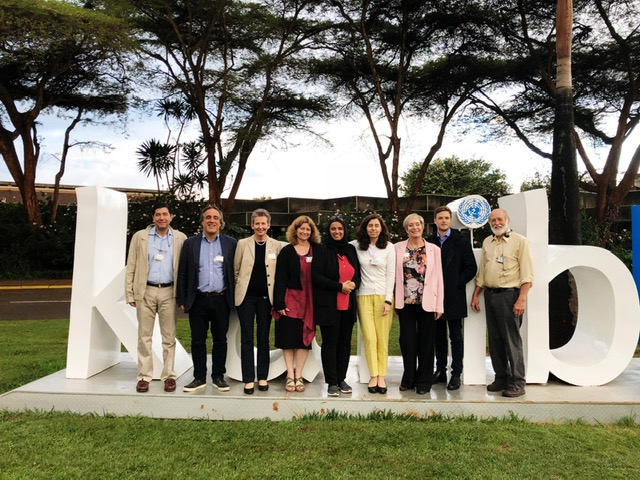 The Global Pact for the Environment was originally an initiative aimed at creating an international treaty which would act as an “umbrella text”, codifying updated and improved environmental principles in one binding document, and establishing a universal right to an ecologically sound environment.” Its initial development was led by France, but involved a hundred leading jurists from around the world.

The proposal went to the UN General Assembly (the Assembly) which adopted resolution 72/277 entitled “Towards a Global Pact for the Environment”. In this resolution, the Assembly established the OEWG to consider a technical and evidence-based report on possible gaps in international environmental law and environment-related instruments, with a view to strengthening their implementation.

The first Substantive Session of the OEWG, which took place in January 2019, was covered in this WAN blog (and report). At that meeting, the many negative comments and remarks caused concern about the future of the Global Pact.

The second Substantive Session took place from 18-20th March 2019, and was covered by this WAN Blog. This meeting appeared slightly more positive, with delegates and stakeholders considering the fragmentation, lack of coherence, and general inadequacy of international environmental law.

However, the written inputs for the third Substantive Session included some extremely negative comments, particularly from the USA – indicating another difficult meeting ahead! 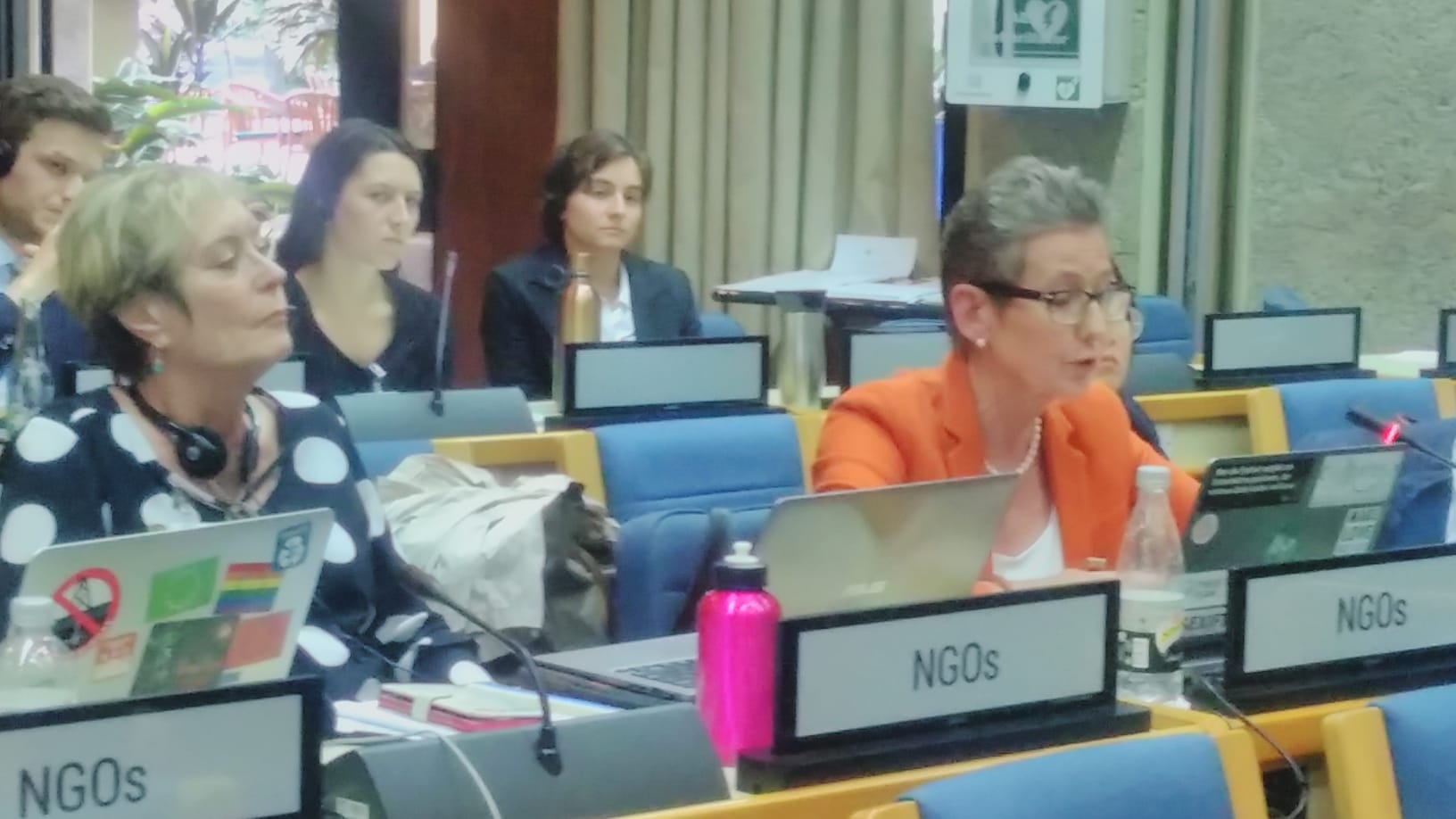 At this meeting, the work of NGOs was ably coordinated by the Stakeholder Forum, through its associate Leida Rijnhout – with the French government providing some financial support towards this process.

NGO facilitation began with a webinar, with WAN taking part in the presentations.

The small NGO team which attended the meeting worked collaboratively, allocating tasks and roles, and effectively using our complementary skills and experiences (legal, policy, advocacy and practical). We held strategy meetings before each session, met with regional groupings and some Member States, and collaborated on joint statements. NGO statements were strong and effective, and won words of praise from the Co-Chair in his final summing up of the meeting.

WAN has been actively involved in this initiative since it was first formulated. In addition to taking part in the webinar, we helped with strategy sessions and drafting, took part in meetings, and carried out individual advocacy. 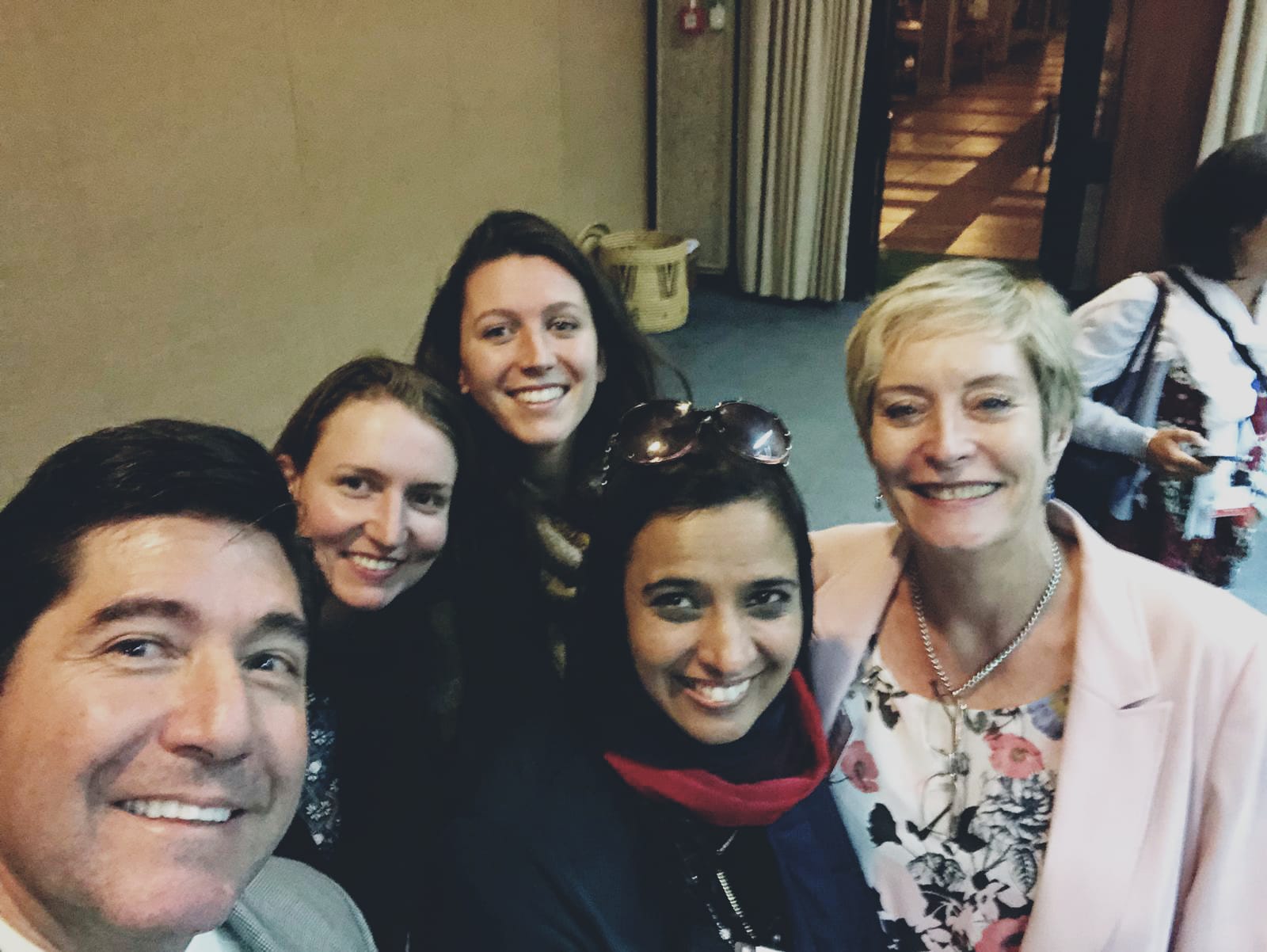 Many Member States were supportive of the initiative. The EU, Micronesia and Guyana worked tirelessly and strategically to keep the process alive. Other positive countries included St Lucia, Costa Rica, Morocco, Cameroon, Senegal, Algeria and Benin. However, a small number of powerful countries tried hard to torpedo the process – in particular the USA, Brazil, Russia and Argentina, joined by China on occasions. At one stage, their obstruction was almost successful at causing the process to fail. A major problem was the insistence on “consensus”, which effectively allows a small group of countries to thwart actions desired by the majority. As NGOs pointed out, it is no coincidence that the world’s biggest polluters were the strongest opponents.

However, the Co-Chairs worked relentlessly, often breaking for negotiations with different parties behind the scenes. Eventually, a final proposal was put before the meeting at 1.15 am on the last day, and it received no objections. WAN was among the five NGOs that stayed until the bitter end. The final agreement was by no means perfect, but it was not a complete failure.

The final recommendations can be found here.

The Global Pact for the Environment website recorded the meeting here, reflecting the clear disappointment of the Club de Juristes (who drafted the original proposal) with the outcome. Their statement referred to a “clear retreat from the original proposals of the co-chairs”, and mentioned:

However, given the fact that the whole initiative nearly fell, the final outcome was not all bad, and includes elements which NGOs suggested or welcomed, and can be built upon. Most notably:

This might not have been the result we had hoped for, but it is, as the Co-Chair said, only the start of the process. The worst outcome would have been if this project had been stopped all together at this crossroad. Going forward, this outcome gives us another chance to make a real difference for animals and the environment.

For this process to continue and make a real difference, we need more animal protection and environmental organizations to put their weight behind it, with concerted advocacy for strong and meaningful coverage in UNEA 5 (preferably with this as the main theme of the Assembly). We also need Member States to adopt an ambitious text in 2022.

The Global Pact for the Environment has a massive potential impact for animals.

Never before has humanity faced such an urgent and existential environmental crisis. The latest flagship report from the UN stresses that there are only 11 years left to prevent irreversible damage from climate change, and that one million species are at risk of extinction. That is one million species – and billions of individual, sentient animals. We are well on the way to the sixth mass extinction.

Humans and domesticated livestock represent 96% of the mass of mammals on our planet today. Everything else, including our wildlife, makes up only 4%. Domesticated poultry, mostly chickens, comprise 70% of all birds. Wildlife is dying out due to habitat destruction, overhunting, toxic pollution, and climate change. But the ultimate causes of all of these factors are human overpopulation and overconsumption, and industrial animal agriculture is now recognised as a major contributing factor.

We need transformational change to turn this crisis around, and a successful Global Pact for the Environment could be a decisive catalyst for this change.

Blog on Second Substantive Session on the Global Pact for the Environment.

More in this category: « Plant-based Meats Have Lift Off! Integrating Animal Welfare into the World Organisation for Animal Health General Session in Paris »
Twitter
back to top