I attended the African Ministers Conference on the Environment (AMCEN), which was hosted by South Africa and held in Durban from 11 to 15 November. AMCEN was established in December 1985 following a conference of African Ministers of Environment which took place in Cairo, Egypt. Its mandate is to provide advocacy for environmental protection in Africa; to ensure that basic human needs are met adequately and in a sustainable manner; to ensure that social and economic development is realised at all levels; and to ensure that agricultural activities and practices meet the food security needs of the region.

This was the 17th session of AMCEN, and its theme was "Taking action for Environmental Sustainability and Prosperity in Africa". Its focus was on the need for African countries to take practical action, including implementation of policies, relevant regional and global frameworks, in order for the continent to attain environmental sustainability and prosperity and achieve the Sustainable Development Goals (SDGs) and Africa’s Agenda 2063. 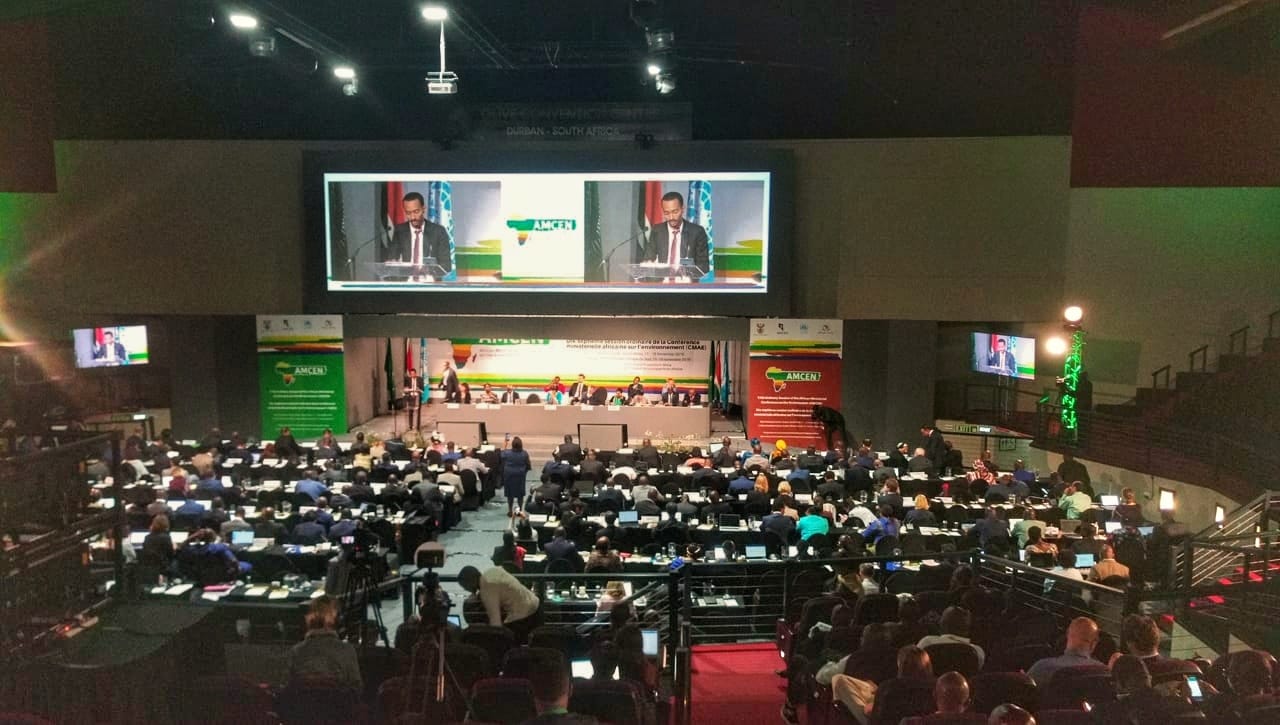 AMCEN was broken down into two segments: an expert segment from 11-13th November, and a ministerial segment from 14-15th November. UN Environment organised a regional consultative meeting for Major Groups and Stakeholders (MGS) on 9 and 10th November, to prepare their positions and input for AMCEN.

The African MGS consultation meeting carried out a stock take of previous AMCEN decisions and actions from global forums and conferences.

We also discussed the theme for the next UN Environment Assembly (UNEA).

I chaired a working group session on the Key Issues under consideration at AMCEN. Here, four working groups focused on the key areas that AMCEN was considering in its agenda in order to form common African positions. These were:

The positions developed in these working groups formed part of the final joint statement by African civil society that was subsequently presented to the AMCEN plenary. As only 3 minutes were allocated, a shorter statement was delivered verbally, and a longer statement provided for the minutes. This is the statement delivered verbally. Note that it included the following:

“Moreover, industrial agriculture and monoculture production systems are input-heavy and have multiple detrimental environmental impacts. Thus, we call upon our African governments to recommit to agro-ecological solutions which are regenerative by nature.”

The statement also berated the lack of adequate implementation of previous declarations and decisions of the AMCEN, the limited MGS participation in some working groups during the expert segment, and recommended that the Regional Consultative Meeting should be institutionalised as part of the AMCEN. 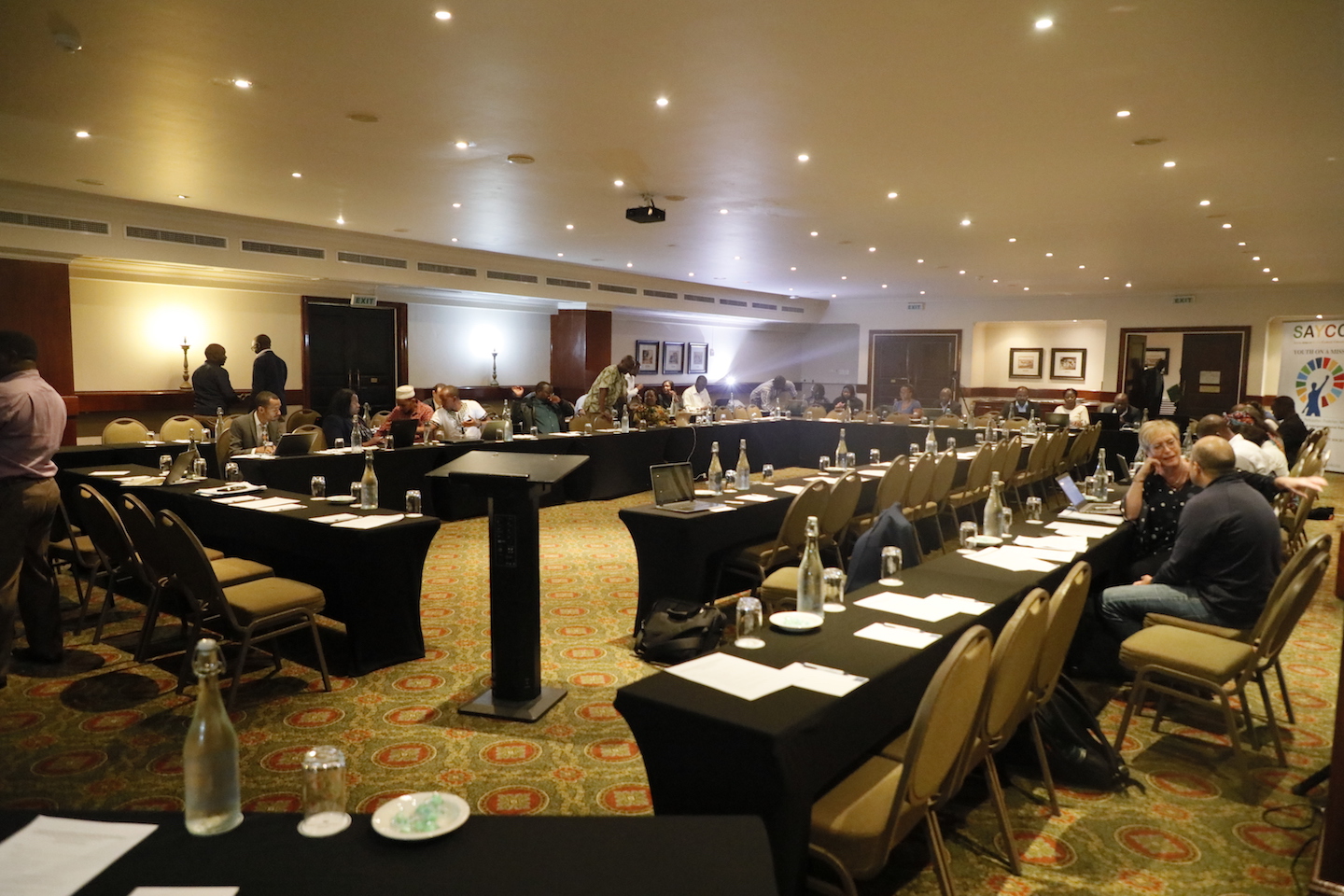 This is the Agenda of the Expert Segment. This is a wider agenda than the Ministerial segment, also covering various environmental conventions, the next UNEA and its theme, etc…

Here is the Draft Report of Expert Segment. I was able to make a statement on the proposed theme of the fifth session of the Environment Assembly (see P17). This is also linked here.

This is the Agenda of Ministerial Segment.

Here is the Draft Report of the Ministerial Segment.

There were two main outcomes from the AMCEN:

Draft decision 17/1: Taking action for the sustainability of environmental and natural resources in Africa

Neither of these were very earth-shattering! Just a few points from the latter:

N.B: The latter is quite worrying, as there are fears that this may be a move to foster support for reversals of CITES protections for endangered species.

The meeting was shocking and annoying in equal measure! The aspects of most concern were:

This is not in line with usual procedure at UN and Conventions meetings. For example, the usual procedure at UN Environment Assemblies (UNEAs) is that civil society are permitted to attend sessions working on draft resolutions, and to offer general comments (but not to negotiate texts, as these are member state documents). Some meetings allow even greater participation.

It is extremely worrying that these moves to limit civil society space are coming from African countries. Many civil society organisations work on the ground to help to implement decisions made in AMCEN, UNEAs and environmental conventions, including providing funding. Indeed, it was particularly ironic that one section of the text considered by the only working group where civil society were permitted to remain in the room covered implementation support from civil society – and yet we were not even able to comment on this!

Civil society will not let this exclusion and side-lining continue. Or, worse still, carry over to other UN meetings and conventions.

More in this category: « Food loss and waste: implications for human, environmental and animal well-being Accelerated action and transformative pathways: High time to integrate animal welfare into the decade of action for sustainable development »
Twitter
back to top