The Animal Welfare Strategy for Africa (AWSA) has now been endorsed, and the African Platform for Animal Welfare (APAW) launched. These groundbreaking events took place in a dedicated meeting at the African Union Commission (AUC) Headquarters in Addis Ababa, Ethiopia (24th-25th July 2017).

The African Union’s Inter-African Bureau for Animal Resources (AU-IBAR), which spearheaded this initiative, advises that the AWSA will now be submitted to the African Union Commission (AUC) organs and to African Ministers in charge of livestock in October 2017. 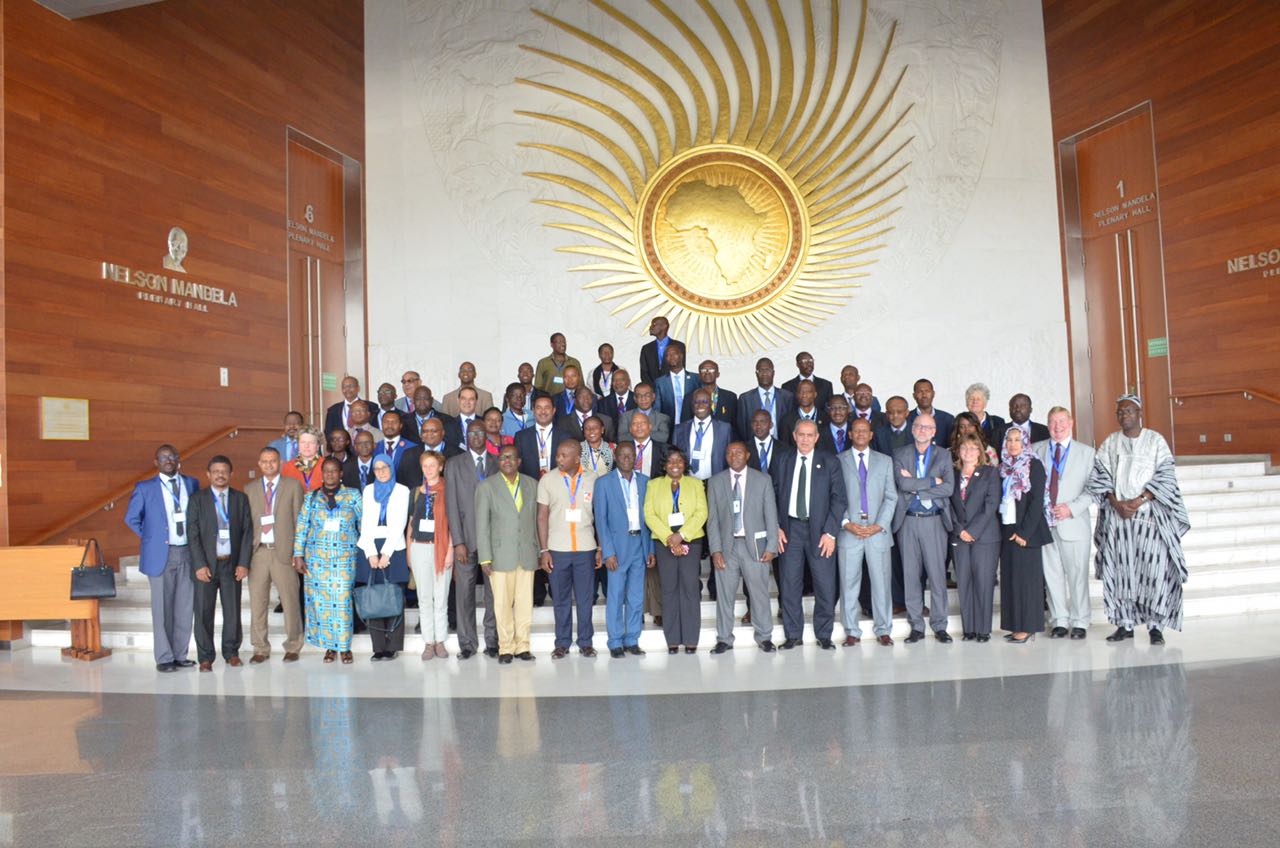 Animal Welfare a Concern in Africa

The strategy stresses that animal welfare is becoming an increasing concern in Africa. It follows a “One Welfare” approach, stressing the benefits of animal welfare to the continent: “adoption of good animal welfare practices for the human wellbeing, sustainable livelihoods, poverty reduction and economic growth”.

The strategy also includes a quote from WAN’s blog on the First African Regional Animal Welfare Strategy Validated, penned when the Intergovernmental Authority on Development (IGAD) agreed its strategy back in 2016:

“Africa, as the cradle of civilization, must play a leading role in promoting animal welfare”.

There is a copy of the newly-endorsed AWSA here.

It is worth noting that the vision of AWSA is “an Africa where animals are treated as sentient beings”. As Tozie Zokufa, the Chair of the Pan African Animal Welfare Alliance (PAAWA), mentioned to WAN, this is a step further than recognition of animals as sentient beings – moving beyond recognition to action.

The AWSA also stresses its support for the introduction of good animal welfare practices.

There is a copy of the operational guidelines which describe the governance of the African Platform for Animal Welfare (APAW) here. The APAW’s main role will be to support the implementation of the AWSA.

WAN has taken part in the process to develop the AWSA, and will continue to support its future progress and implementation. We are pleased that AU-IBAR has already confirmed that WAN will be invited to take part in the APAW.

Two members of WAN’s International Policy Forum (IPF) attended this meeting: Tozie Zokufa of PAAWA and Cindy Milburn of the International Fund for Animal Welfare (IFAW). AU-IBAR approached WAN for a contact within IFAW before the meeting, and we recommended Cindy. After the meeting, they wrote in appreciation: “I wish to express my profound gratitude to you for linking us with IFAW through Cindy. She has been very supportive and instrumental in refining the document especially the inclusion of wildlife.”

Cindy Milburn said of the meeting, “This represents a new chapter in global animal welfare as Africa refers its first ever Animal Welfare strategy for review and adoption by the African Union. Highlighting the importance of animal welfare is not the exclusive domain of wealthy or western nations. To the contrary, African communities relying on animals for their livelihoods as well as companionship have a long tradition of caring for wild and domestic animals. The launch of this strategy does not therefore represent an introduction to animal welfare for African countries, but rather identification of continental needs and a coordinated approach to research, consolidation and dissemination of good animal welfare practices as the continuing globalisation of trade and intensification of farming systems puts pressure on animals and the people who care for them.”

Tozie Zokufa said, "The Pan African Animal Welfare Alliance (PAAWA) is pleased and encouraged by the recognition given to animals of the continent of Africa by the African Union.  We applaud the work to be undertaken by member states to ensure that Africa's animals are treated with respect and as sentient beings.  Real work starts NOW in ensuring the implementation of the Africa Animal Welfare Strategy and as PAAWA we will play our role in supporting this crucial initiative."

The AWSA’s emphasis on good practice is very welcome, and will doubtless be helped enormously by the current World Bank-led initiative to develop “Good Practices for Animal Welfare in Agriculture Development Projects”.

WAN is on the steering group for this project, along with the World Bank, the Food and Agricultural Organisation of the UN (FAO), the World Organisation for Animal Health (OIE) and Wageningen University and Research (WUR). The aim of the project is to support the World Bank, FAO, and the broader community of development and cooperation, in assisting Low- and Middle-Income Countries (LMICs) with the effective implementation of good animal welfare practices for the sustainable development of the agricultural sector. Whilst the original idea was to have a large stakeholder conference for this purpose, the process has now been refined, and envisages a series of expert workshops covering different animal species, farming systems, welfare issues, and conditions. The results should be extremely helpful in implementing the AWSA (and animal welfare strategies covering other regions of the world).

AU-IBAR will now need help in generating awareness, support and resources for the effective implementation of the AWSA.

We also need more African Regional Economic Communities (RECs) to follow the lead of IGAD, and to develop their own animal welfare strategies; and for developing countries to incorporate animal welfare in their national development plans. Then, for international development organisations and animal protection organisations to help and support these efforts. There is a lot of work to be done, and we need all stakeholders to “come to the party”.

For more information, you may also be interested in the following blogs:

More in this category: « World Animal Net Pushes for Recognition of Animals and Their Welfare at the United Nations World Rabies Day Awards Are an Opportunity to Shine Light on the Work of Leaders in Community Rabies Prevention »
Twitter
back to top