From July 10-20, I attended the High Level Political Forum (HLPF) of the United Nations. The HLPF is the UN’s platform for review of progress in sustainable development. It also is intended to strengthen the science-policy interface and identify emerging issues. 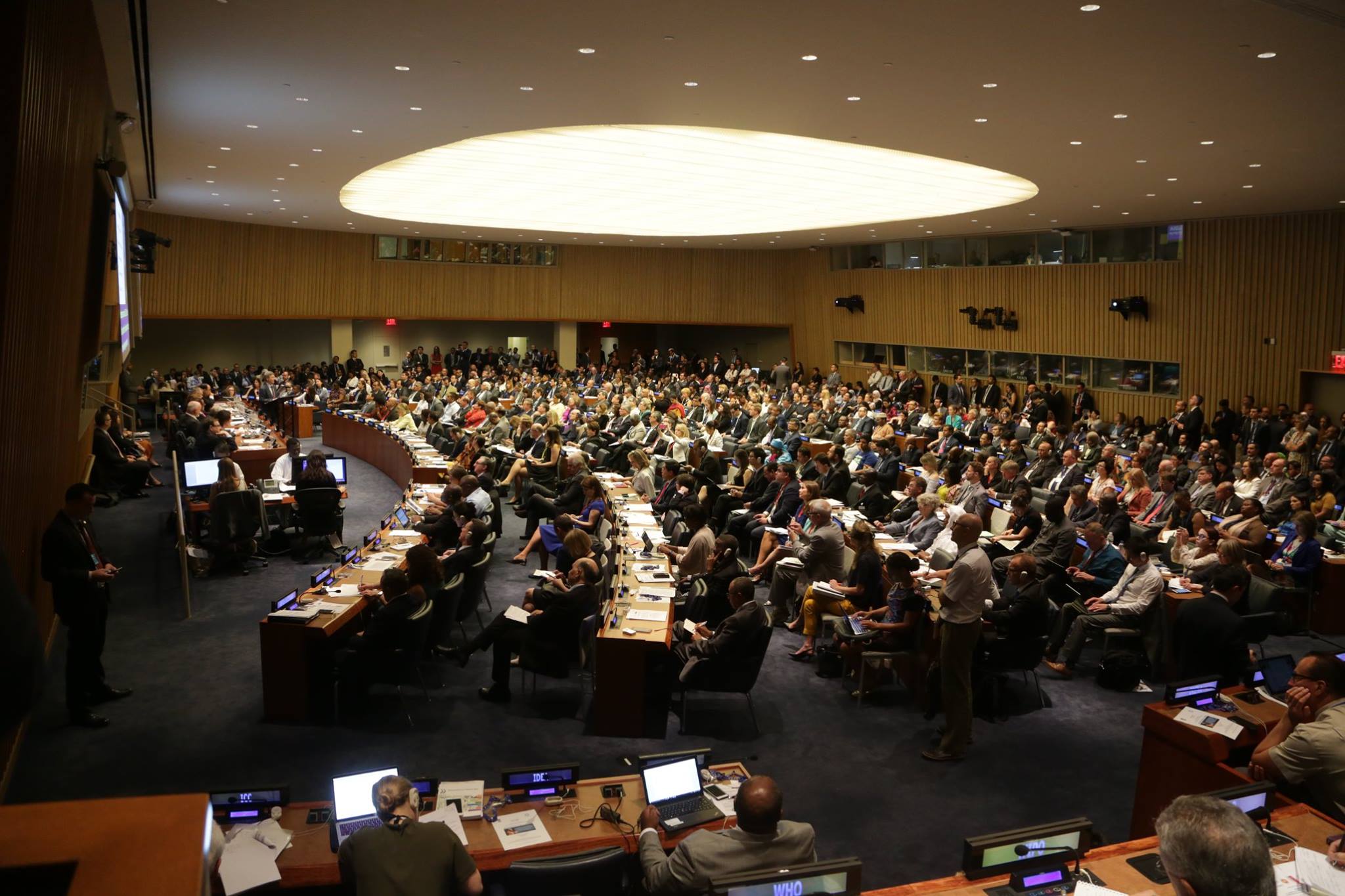 My goal at the HLPF was three-fold:

I’m proud to report that we’ve accomplished all three!

The best time to influence the 2018 HLPF is not at the 2018 HLPF. The best time to put animals and their welfare on the agenda begins now, because the HLPF is the result of input from various streams of information gathering that take place throughout the year (such as country-focused Voluntary National Reviews and Regional Forums on Sustainable Development, among others). If your organization is interested in these opportunities at the UN, be sure to sign up to receive our blogs in your inbox (to the right), because we will be putting together a comprehensive report mapping out these opportunities which will be made available in the coming weeks.

We’re pleased that we also had the chance to meet and work with organizers and members of the NGO MG. Because nearly all inputs from animal protection organizations (and other NGOs) at the HLPF are facilitated by the NGO MG, it’s good to know who to go to with questions and to have a good working relationship with NGO MG organizers and member NGOs who may become potential allies along the path to recognition of animal welfare at the UN.

Additionally, we are pleased that several other members of the NGO MG, particularly Nonviolence International and Thinking Animals United, are keen to develop a “cluster” on animal welfare and conservation within the NGO MG. This is an opportunity to feed expert opinion into the NGO MG on issues related to animal welfare, but, most importantly, a cluster paves the path for animals to receive their own representation as a stakeholder group at the HLPF alongside the NGO MG.

Lastly, we were excited that we were able to interject animal welfare into official NGO MG statements several times during the HLPF. The first two times were the simple additions of animals to the statements. Instead of NGO MG speakers simply promoting the “wellbeing of people and nature,” they included animals by promoting “the wellbeing of people, nature and animals.”

However, the strongest statement in support of animals was delivered during the session on the “Science-Policy Interface and Emerging Issues” session on Friday of the first week of the HLPF. The NGO MG statement during this session began by recognizing animal welfare as an emerging issue:

“Science and research are, and will be, crucial in tackling the grand challenges set out in the 2030 Agenda. But often, findings are disregarded in the policy-making process.

In doing so, opportunities are missed.

For example, the fight against anti-microbial resistance and climate change will not succeed without effective collaboration between scientists and policymakers on the cross-cutting issue of animal welfare.

Fortunately, global institutions such as the World Bank and FAO are now taking action in this field.

But without a means of addressing emerging issues systematically, in innovative and effective ways, the UN risks being left behind. Ensuring the profile of scientific inputs in the 2030 Agenda will play a major role.

Governments too must do their bit.”

Over the course of the coming year, we hope to amplify the message of animal welfare at the UN by:

The more organizations speaking up for animals and backed by well-informed research into the issues at the UN, the harder it will be for the UN to continue to ignore this crosscutting issue for sustainable development.

If your organization is interested in learning more about how to become involved at the UN level, please sign up for our newsletter and write to me at This email address is being protected from spambots. You need JavaScript enabled to view it.. We’re looking forward to working with you to get animals on the agenda at the UN!

More in this category: « Structural and Systemic Barriers to Sustainable Development Animal Welfare Strategy for Africa Endorsed! »
Twitter
back to top