WAN’s Janice Cox has just played a part in helping to shape the first Regional Animal Welfare Strategy (RAWS) covering Africa. Every continent but Africa has now agreed on a RAWS, leaving Africa lagging behind. However, the process is now off to a start, thanks to the Intergovernmental Authority on Development (IGAD), an African Regional Economic Community (REC) representing eight eastern African countries including the horn of Africa. IGAD is now the first REC in Africa to validate a RAWS. 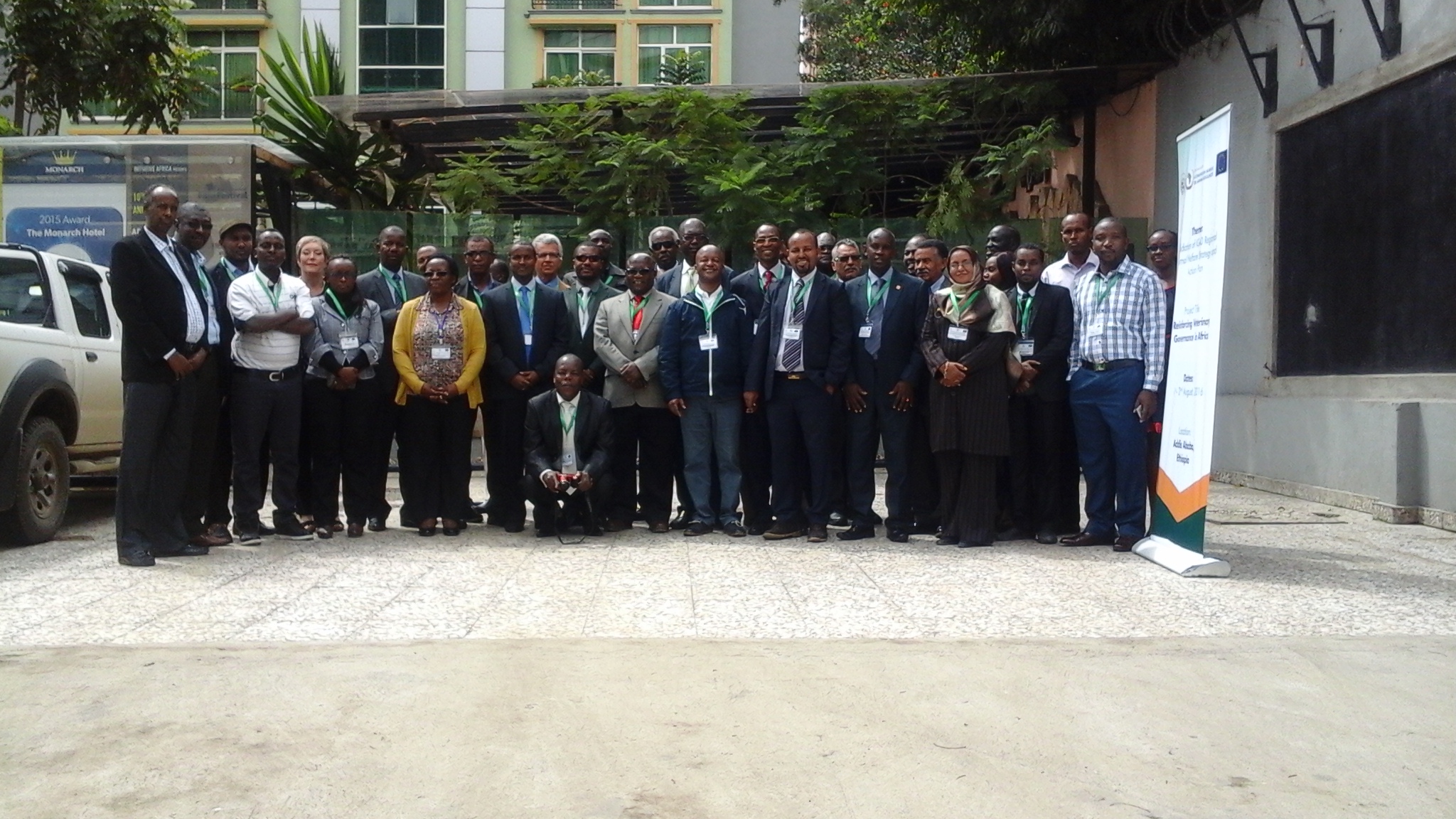 The validation workshop was held in Addis Ababa, Ethiopia, from August 1-2, 2016, hosted by the IGAD Center for Pastoral Areas and Livestock Development and the African Union’s InterAfrican Bureau for Animal Resources (AU-IBAR), with funding from the European Union (EU). Delegates were drawn from IGAD’s Member States, and included Djibouti, Ethiopia, Somalia, Kenya, Uganda, Sudan and South Sudan. Technical partners in attendance included the Food and Agriculture Organization of the United Nations (FAO), the World Organisation for Animal Health (OIE), and a selection of animal welfare organizations in addition to WAN, namely: the Brooke, World Animal Protection, African Network for Animal Welfare, Pan African Animal Welfare Alliance and the Donkey Sanctuary.

The overall objective of the workshop was to validate the Action Plan and the RAWS (which will cover the period 2017-2021). It also considered resource mobilization – in terms of the funding and expertise needed to ensure implementation.

The IGAD consultant, Dr. Patrick Mwanyumba, had carried out in-depth research on the status of animal welfare across the region to inform the development of the RAWS and Action Plan. This helped to craft an evidence-based RAWS, which addressed the needs of the region. His work was paid for under the AU-IBAR Vet-Gov program, which receives EU funding.

The development of the RAWS was informed by WAN’s resources on Animal Welfare & Development and the Model Animal Welfare Act, which was released earlier this year. Also, IGAD was pleased to learn that WAN is currently compiling “best practice” resources for animal welfare implementation, and requested a copy as soon as this has been finalized.

In addressing the workshop, AU-IBAR highlighted that animal welfare is of increasing concern across Africa. They stated that as “the cradle of civilization, Africa must play a leading role in animal welfare”. They made animal welfare a key goal in their 2014-2017 strategic plan, and hosted the first continental consultative stakeholders’ conference on animal welfare in Africa back in November/December 2015. At this conference a commitment was made to establish a continental African Platform for Animal Welfare under the aegis of AU-IBAR.

AU-IBAR welcomed the IGAD initiative, and stated that they will be encouraging other African regions to introduce their own strategies. The IGAD RAWS will be used to inform subsequent RAWS. AU-IBAR will also develop a continental RAWS to guide these initiatives.

Janice previously worked on the research and strategic analysis for draft strategies covering Southern Africa and West Africa, and the experience enabled her to participate productively in the IGAD regional validation workshop. We hope that the leadership of IGAD will encourage these two regions to also conclude their own strategies, eventually leading to a continental RAWS. This would mean global coverage of RAWS – demonstrating a universal commitment to the development of animal welfare.

WAN is happy to have been able to play a role in this important process, and applauds IGAD for taking this historic step.

More in this category: « Urgent! Animals are not Freight. End the long distance transport of live animals World Rabies Day: Nominate a Rabies Champion »
Twitter
back to top