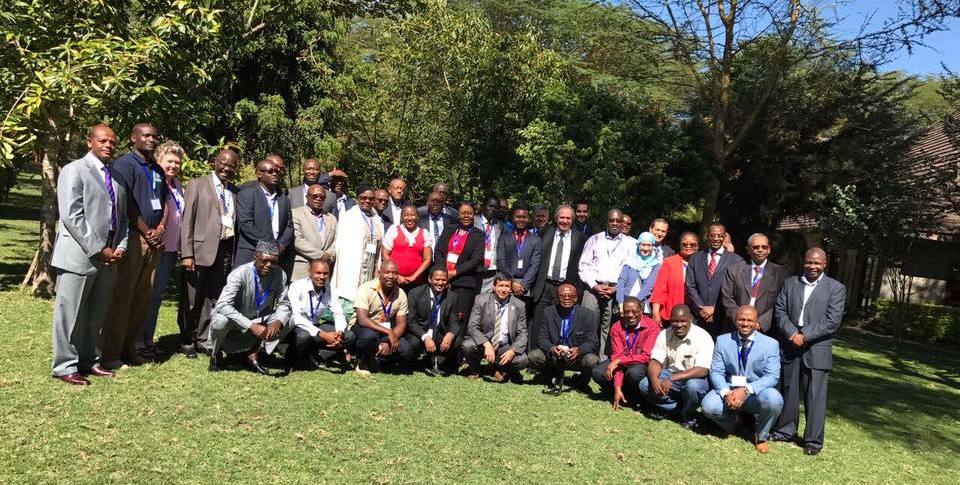 AU-IBAR has recognised that animal welfare is a growing issue which is important for the transformation of Africa’s development, as well as impacting trade and human well-being. Thus it has taken on the leading role in the coordination and development of the animal welfare agenda in the continent.

Africa is the last region of the world to develop a Regional Animal Welfare Strategy (RAWS), so it is wonderful news that this process is now underway!

This initiative follows on from the first Continental Conference on AW, which took place in Nairobi, Kenya from 30th November to 1st December 2015. This conference brought together Chief Veterinary Officers from 27 AU Member States, representatives from African Regional Economic Communities (COMESA and IGAD), the OIE and the FAO, and animal protection organisations. This conference made key recommendations to mainstream animal welfare in Africa, including the development of a continental strategy and the establishment of an African Platform for Animal Welfare (APAW). The final communiqué of the conference, including recommendations, is available here.

What is a Regional Animal Welfare Strategy (RAWS)?

Regional Animal Welfare Strategies (RAWS) are strategic plans for the development of animal welfare throughout a region. These are the tools which should address regional needs and priorities, and lead to the progressive implementation of the international animal welfare standards and the development of animal welfare more generally. The contents of the regional strategies vary from region to region, depending on the baseline situation and differing regional priorities. However, the fundamentals are the same, and cover aspects such as:

The retreat included presentations from the OIE, FAO and AU-IBAR, providing the global context and background to the development of the pan-Africa RAWS. AU-IBAR had contracted a consultant to produce an initial foundation document, which could be further developed into the Continental strategy by the workshop attendees. The consultants, Professor Cheikh Ly and Professor Hassan Aidaros, took the delegates through the document and then opened it up to discussions, interrogation, and comments.

Delegates made numerous inputs and raised a few questions on the draft. Contributions included, but were not limited to:

These both examined the draft prepared by the consultant. They were asked to focus primarily on key areas of the strategy, such as its Vision, Mission, Goal and Key Objectives, Areas of Work and Results. However, both groups felt that the background and introductory sections of the draft also required input, and worked on these as well.

The recommendations from the two groups, although worded differently, proposed similar revisions. These included condensing and simplifying the objectives, and making them “SMART” (specific, measurable, achievable, relevant and time-bound), as well as using a results-based approach in which the objectives were captured as outcomes.

In addition, the non-state group emphasised the need to ensure that the welfare of all animals was addressed in the strategy, as the original document seemed to focus more on livestock. This group also proposed that the “One Welfare” concept be more strongly emphasised (linking animal and human welfare needs). There was also an important suggestion that the need to “treat animals as sentient beings” be included (which is more important than just recognising animals as sentient).

In the afternoon session, each group presented its recommendations and a plenary discussion interrogated these outputs. During this session, some background information was provided on the terms of reference of the consultancy, which suggested that the strategy was required to be linked to the African livestock development strategy, LiDeSa, and the Africa Fisheries Policy that are currently in force. It was also brought to the workshop’s attention that most African agricultural strategies were linked to the continental “Agenda 2063” strategic framework, which has a 50-year timeline; and/or the Malabo Declaration Goals of Africa’s agricultural growth and transformation agenda, with the timeframe 2015 to 2025.

The plenary session wound up with the consultants agreeing to integrate the two groups’ recommendations, and to present a new version of the strategy for consideration.

We have now received a draft of the revised strategy, and submitted our comments and suggestions on this. Progress on AAWS will be presented on 5th May during the 9th Panafrican CVOs meeting in Nairobi, Kenya. The AAWS will be validated around July in Addis Ababa, Ethiopia together with the establishment of the African Platform for Animal Welfare.

We hope the drafts strategy will now be improved and honed, and ... validated in July!

More in this category: « World Bank Says Animal Welfare is a “Critical Issue” for the Future, Commits to Global Conference on Animal Welfare and Development Six Reasons Animal Advocates Should Participate in the People’s Climate March (and Why Environmentalists Should Listen to Them) »
Twitter
back to top