In the past several days, much attention has been riveted on a newly published document spanning nearly 200 pages. No, it isn’t the latest best seller, or the script for an award-winning film. It is Laudato Si', the latest papal encyclical on the protection of “our common home,” issued by Pope Francis. While encyclicals have historically been written with a Roman Catholic audience in mind, what makes this one unique is that it is addressed to every person on the planet. Given the pattern of Pope Francis’s embrace of and appeal to people from all walks of life to date, this inclusive call to action is hardly surprising. 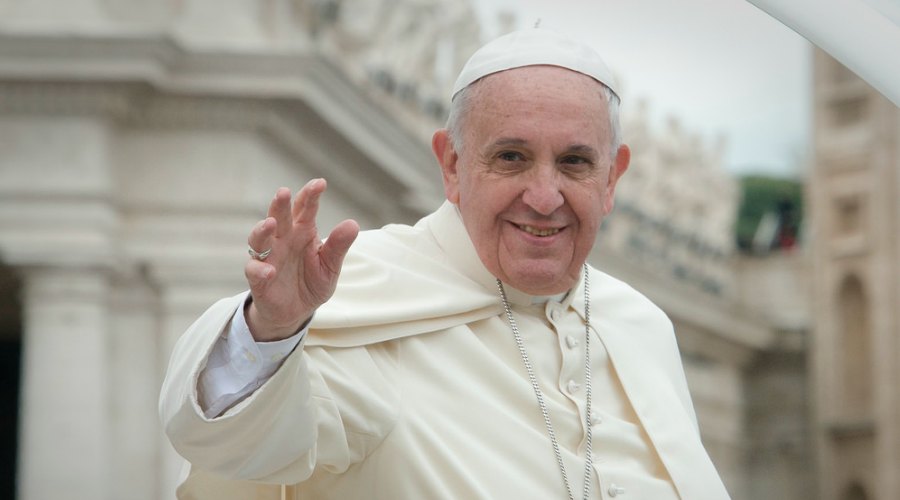 This may be the first time ever that an encyclical has received so much anticipation and discussion prior to its release. Indeed, immediately after the announcement that an encyclical was in the works last year, the media was abuzz with predictions about what the document would contain, when it would be released, and the significance it would have not just for Catholics, but for the general realm of world affairs—particularly pertaining to policies around climate change. It is no surprise that this encyclical has often been dubbed as “the climate change encyclical.”

Predictions around this issue of climate change were largely confirmed last Thursday, when the encyclical was officially released. However, one other significant element of the encyclical has received very little mention thus far. The encyclical gives a remarkable amount of attention to mankind’s treatment of animals. It is this part in particular that has led to excitement and gratitude of many animal protection advocates. Personally speaking as a Catholic and lay Franciscan, it has great significance to me as well. In fact, just less than a year ago, my husband and I were honored to be able to meet Pope Francis in person for a newlywed blessing on our honeymoon. We were excited to be able to hand deliver a personal letter, which among other things, thanked him for his work on behalf of all creation to date and expressed our hopes for the future of creation and the animals within it.

As it turns out, animals are hardly a footnote in the encyclical. Indeed, the word “animal” or “animals” (mentioned 13 times), appears nearly as much as the word “climate,” (mentioned 15 times). This observation doesn’t tell the whole story, however. For instance, the word “creature” is also mentioned nearly 80 times. While human beings, too, are acknowledged as creatures in the encyclical, the use of this term to include both human and non-human creatures, is very likely purposeful. Integral ecology, or the interrelatedness between the Earth and its inhabitants is a major theme of the encyclical. It is also in the spirit of St. Francis’s (patron saint of ecology and Pope Francis’s namesake) respect for the universal kinship of all beings. Indeed, the entire document illustrates how certain systems and mindsets threaten all creation, whether or not animals are referenced by name specifically.

I’ve attempted to summarize some of the key takeaways about the encyclical and animals. However, I should re-emphasize the following disclaimer: the encyclical is a complex document necessitating a thorough examination (and re-examination) for the best understanding. No blog post can truly do justice to the depth at which it addresses pressing social issues, and those issues involving animals are certainly no exception.

From initial reading of the encyclical, the following highlights have become apparent:

In the encyclical, Pope Francis emphasizes that each creature has value in its own right, independent of any value that may be derived for mankind’s use. For Christians and non-Christians alike, this proposition challenges the popular notion that animals exist solely for our use and enjoyment. Special attention is given to endangered species, explaining,

It is not enough, however, to think of different species merely as potential ‘resources’ to be exploited, while overlooking the fact that they have value in themselves. Each year sees the disappearance of thousands of plant and animal species, which we will never know, which our children will never see, because they have been lost forever. The great majority become extinct for reasons related to human activity.

2. Our treatment of animals matter—to them and us.

As Pope Francis warns, “our indifference or cruelty towards fellow creatures of this world sooner or later affects the treatment we mete out to other human beings. We have only one heart, and the same wretchedness which leads us to mistreat an animal will not be long in showing itself in our relationships with other people.” Treating animals with the respect they are due clearly benefits the animals. However, the encyclical also points out that it yields many positive results for people, too—not the least of which is the building of human dignity, itself.

3. All creatures are interrelated, interconnected, and interdependent.

In one instance Pope Francis explores a story from Saint Bonaventure, a disciple of St. Francis, that “from a reflection on the primary source of all things, filled with even more piety, he would call creatures, no matter how small by the name of ‘brother’ or ‘sister.’” From this we learn that no creature, no matter how small is an accident. Each has an important role to play. As with the point above, the encyclical highlights how viewing all creation as one interconnected web helps us to understand the beauty and complexity of each non-human creature and one another. When we respect and care for all parts of creation as things that are not separate from us, but related to us, we are respecting and caring for ourselves. When it comes to issues such as climate change, this reality couldn’t be clearer. For instance, industrial factory farms, where the majority of the approximately 70 billion animals slaughtered each year are raised for food (and often a source of unimaginable suffering for animals) yield a significant amount of global pollution. Indeed such agricultural pollution has been cited by numerous experts as a key if not leading cause of climate change—one that even exceeds the greenhouse gas emissions from all major forms of transportation combined.

4. It is not enough to say we care about animals. We must also take personal accountability for our role in the systems that harm them.

Few people would say that it is appropriate to mistreat animals. Yet we all benefit to some extent from animal suffering that happens behind closed doors in industries and systems that exist to serve our needs and desires. Pope Francis resolutely reaffirms what Catholic social teaching already states. Namely, that “it is contrary to human dignity to cause animals to suffer or die needlessly.” But he goes on further to state that each act of cruelty is contrary to human dignity, tackling unnecessary experiments on animals, specifically. Elsewhere, he criticizes practices such as destructive fishing and destroying important animal habitats.

5. We are all part of the solution when it comes to ending animal suffering.

Francis lets no one off the hook. Terms used in the document that have once been reserved for small circles of interdisciplinary academics and animal protection advocates, such as “anthropocentrism” may become part of an expanded vocabulary for a whole new group of people. Whether we are just learning about the issues facing animals, or whether we’ve been advocating for them for decades, the encyclical offers encouragement that we can rise to a new challenge.

More in this category: « Book Review: Animal Impact by Caryn Ginsberg This Little Piggy: A Few Things Animal Advocates Should Know About Pigs »
Twitter
back to top