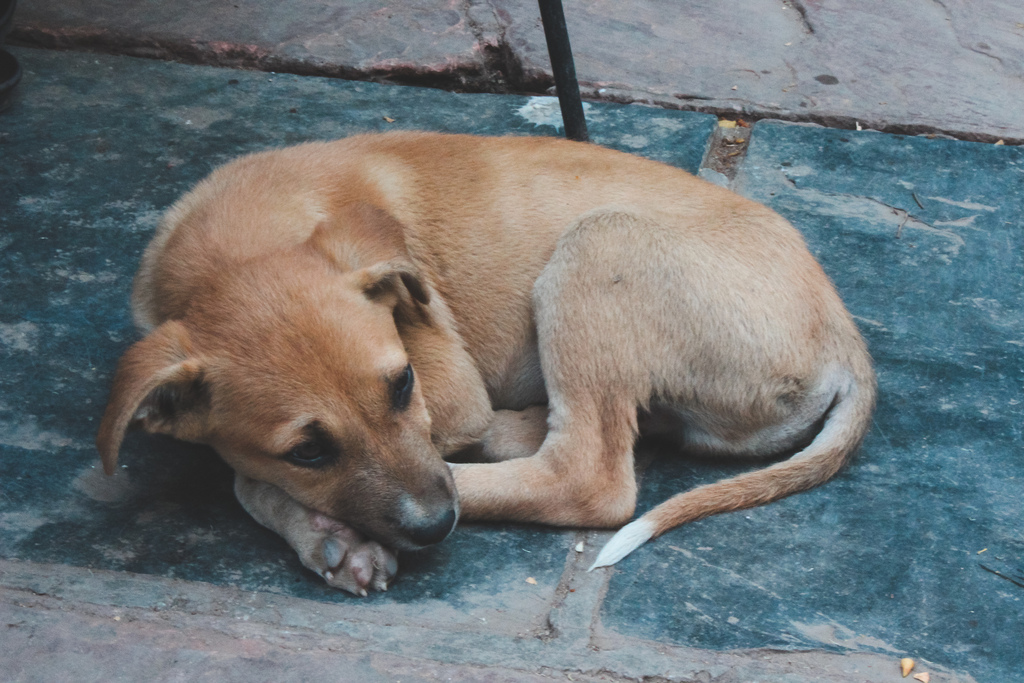 Those of us who share a deep commitment to animal protection find it difficult to accept that humans have still not widened their “circle of compassion to embrace all living creatures” – in the words of Einstein. To us, there is a clear ethical responsibility to take account of the welfare of animals. After all, these sentient beings share with us consciousness, feelings, perceptions – and the ability to experience pain, suffering and states of wellbeing. We believe that each individual animal has an intrinsic value; and is worthy of our respect and care.

Sadly, development policy makers have not yet been persuaded by such altruistic arguments.

However, there are many other human-centric arguments for including animals and their welfare in development. Animal welfare is inextricably linked to animal health, which is clearly important in many development programmes (including disease/rabies control, as well as animal production). Moreover there are many additional benefits of including animal welfare in relevant development programmes, and these positively impact many key areas of development concern, such as: poverty reduction; agriculture/livestock/fisheries and rural development; sustainable livelihoods; health/safety (including food safety and security); biodiversity/environment; and disaster/ emergency response work. Some of these are explained in more detail in the chapter ‘Why is Animal Welfare Important for Development’ in the attached paper on Animal Welfare & Development.

This is not a new issue. Indeed, over a decade ago when I was working for Compassion in World Farming (CIWF), the need to consider animal welfare in development was already being discussed by organisations such as the World Bank and the UK’s Department for International Development (DFID). Hilary Benn (son of staunch animal defender ‘Tony’ Benn, who sadly passed away in March 2014) was the UK’s Secretary for International Development at the time, and his department had already sponsored a ‘scoping study’ on animal welfare and development. Hilary Benn himself had agreed to Chair a proposed World Bank meeting on the subject (which was given World Bank support following a meeting with Compassion in World Farming and Humane Society International at the Bank’s Washington headquarters). Sadly, plans for the proposed meeting collapsed after a change of UK Minister (losing support and leadership for the initiative in the process).

Furthermore, most international development organisations have made no attempt to include the development of animal welfare as part of a country’s national development; and – worse still - many have carried out programmes in areas affecting animals with little or no consideration of the impact on their welfare. This has left animal welfare lagging behind other social issues; lacking in both political importance and practical progression.

This is probably not surprising given that ‘development’ is still largely considered quantitatively, instead of qualitatively, and measured through economic criteria (such as Gross Domestic Product) instead of overall wellbeing or quality of life.

Furthermore, in this quest for economic development, some development organisations are still promoting and encouraging the development of intensive livestock and aquaculture systems in developing countries, despite the known detrimental impacts affecting animal and human health and welfare, the environment, resource use, and the livelihoods of small-scale farmers; and some continue to support and encourage the consumptive use of wildlife, despite the impact this is having on wildlife populations. Others support development programmes such as infrastructure, road building and land use changes which can adversely impact animals and their habitats.

Yet whilst development continues to largely neglect this important policy issue, there is now a parallel international policy framework specifically covering animal welfare - with a rapidly growing body of World Organisation for Animal Health (OIE) international animal welfare standards and regional strategies. These now need to be implemented in developing countries, as well as the rest of the world: This is unlikely to happen (with so many diverse problems to tackle) unless it is included in development policy and planning.

There is an ethical and practical imperative for development organisations and, in particular, those that are already collaborating partners of the OIE, to spearhead the mainstreaming of animal welfare in development. They certainly have the infrastructure and resources - country and regional offices, budgets and staff - to make this possible. A first step would be the routine inclusion of animal welfare in their related policies and programmes. Then proactive programmes could be developed to support the implementation of regional animal welfare strategies and international standards (working with stakeholders to harness expertise and support for these).

The report on Animal Welfare & Development gives many suggestions on how animal welfare could be included in the development agenda. Ideally, this work should be discussed and planned in an international meeting on ‘Animal Welfare and Development’.

This meeting and the mainstreaming of animal welfare in development are long overdue; and much needed to ensure that future development is not only economic, but also ethical, sustainable, and humane.

More in this category: « WAN Celebrates World Wildlife Day Through Humane Education Livestock and Development »
Twitter
back to top