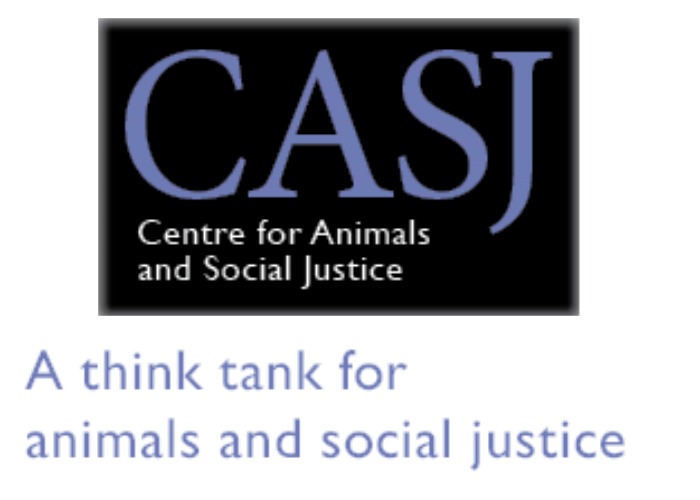 But, is there a way that animal advocates can alter government policy and decision-making structures and processes to be more democratic, and thus potentially more favorable to animal welfare interests? This is the focus of a new report from the Center for Animals and Social Justice (CASJ), entitled “How to Protect Animal Welfare: Deliberation, Democracy and Representation.” The CASJ is a new think tank, founded by leading academics and animal advocates, which heralds a unique and innovative approach to advancing animal protection. Through research, education and policy engagement, the CASJ looks to establish animals’ rightful status as recipients of social justice by moving past the philosophical and moral basis of animal protection and instead focusing on how to make moral concern for animals a political reality.

Prepared by Dr. Dan Lyons, Dr. Rob Garner, and Angela Roberts, the report’s focus is on the policymaking structure and process regarding animals in the U.K., and how democratizing this can hold major benefits for animals. However, it is clear that the implications of this report can be extended to other countries where animal use special interests are enshrined within an economic growth paradigm and where public opinion on animal welfare, and animal welfare itself, is given secondary consideration. The following is a brief review of their report and findings.

In the UK, farm animal issues are largely dealt with by the Department for Environment, Food and Rural Affairs (Defra), while animal experimentation is largely dealt with by the Home Office. Both Defra and the Home Office are influenced profoundly by the respective powerful animal use industries they are charged with regulating, and because economic interests are prioritized above animal welfare and public opinion, progress for animals remains slow and peripheral.

This situation is mirrored in the U.S., and can be even more dire in countries where animal welfare does not yet have even this level of recognition, allowing unfettered animal use to propagate under the existing economic growth paradigm. In the U.S., the remit for farm animal welfare falls to the United States Department of Agriculture (USDA). The fact that farm animal welfare is managed by an agency named for the production of animals as commodities (agriculture) says plenty about the priorities of the agency. Animal experimentation is also overseen by the USDA, as well as the National Institutes of Health (NIH). While public opinion on animal welfare may be voiced in government agencies such as the USDA and NIH, within the existing paradigm it is easy for special interests to capture the agency behind-the-scenes causing animal welfare to take a backseat to animal use and economic interests.

In terms of the U.S.’s false narrative of animal welfare, the United States Animal Welfare Act, which by its title would be expected to protect the welfare of animals, in reality excludes approximately 95% of animals used in research (by excluding all mice, rats and birds), and excludes all farm animals used for food/fiber or food/fiber research. The Humane Slaughter Act excludes poultry, and the list goes on.

Government agencies like Defra, the Home Office and the USDA are relatively well insulated from the democratic process, which is problematic because, as the CASJ’s report explores, the more democratic the policymaking process is, the better the results tend to be for animals. Thus, to achieve real, lasting change for animals, advocates should focus on structural changes that move decision-making power from government agencies to more democratic venues, as well as institutionalizing the concept of animal welfare in public policy. Doing so would begin to bring about the much-needed shift from a paradigm of economic growth to one of animal welfare—at the end of the day, nothing can be truer for animals than the old adage “money can’t buy happiness.”

Fundamentally, democracy means that “eligible members” hold policymaking and decision-making power in a society. Democracy is generally human-centered (anthropocentric), meaning that people determine the extent to which animals deserve protection. This can prove problematic for animal protection, so the report explores three ways which decision-making regarding animals can be democratized: through creating a non-anthropocentric policymaking process, which is seen as unrealistic in the current UK political context, or by using one of two ways to make the existing anthropocentric process more democratic.

The first method of making the anthropocentric system more democratic is through electoral reform to, for example, a system of proportional representation (PR). PR is a system where the proportion of votes received by a political party determines how many seats they receive in legislature or parliament. This structure is demonstrated in the Netherlands where the Partij voor de Dieren (Dutch Party for the Animals) now has four parliamentary members. This structure provides the opportunity for smaller political parties to have their voices and interests heard.

This structure ensures that the animal protection voice is heard and minimizes the ability of powerful bodies to serve their own self-interests. A major strength of the deliberative process for animal advocates is not only that public opinion is already more progressive on animal protection than policy, but that through the deliberative process it is possible to educate the public on the fact that existing standards and enforcement of animal welfare do not meet the expectations of the majority of citizens.

The conclusions of the CASJ’s report certainly translate to many countries outside the UK, particularly the U.S. However, it is important to note that in many parts of the “developing” world, it is possible that public opinion on animal welfare is not yet to a level where democratizing the policymaking process will yield positive results for animals. In this case, the focus for advocates likely falls to humane education and further education of the public, the mainstreaming of animal welfare in development and in using regional animal welfare strategies and international standards, like those set by the World Organisation for Animal Health, to push their governments to be more progressive on animal welfare. Additionally, advocates working in countries that are not primarily democratic will face a completely different set of obstacles in furthering the goals of animal protection.

The CASJ’s report provides a lot of new ideas on how promoting a more democratic policymaking process can be a strategic opportunity for advocates to affect lasting and meaningful change for animals. At WAN we wholeheartedly welcome this new stream of practically-focused policy debate, and call for more animal protection organizations across the world to shift their focus from isolated issues to working strategically on changing public policy structures, systems and processes in a way that is more sympathetic to animal protection. Only after this paradigm shift will we begin to make real progress towards achieving the policy changes that animals so desperately deserve.