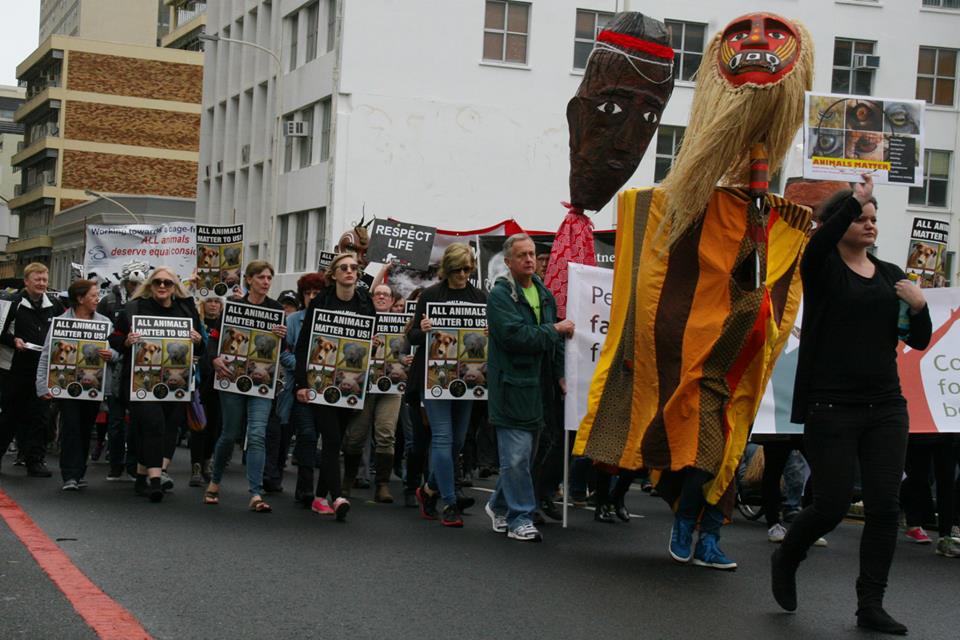 From Australia to Zimbabwe, and countries in-between, this special day was celebrated in a huge variety of ways, irrespective of nationality, religion, faith or political ideology. World Animal Day unites the animal welfare movement, mobilizing it into a global force to make the world a better place for all animals.

Caroline said, “On behalf of the animals, I sincerely thank everyone who got involved this year and helped make World Animal Day such a huge success. Together we made animal issues front page news around the globe! Through increased awareness and education we can create a world where animals are always recognised as sentient beings and full regard is always paid to their welfare. Once again, thank you so much for your support of the global World Animal Day movement to raise the status of animals.”

In Atlanta, Georgia, USA, Carter and Olivia Ries, founders of ‘One More Generation’, asked students of JC Booth Middle School to sign a pledge to show they care about animals. Each student wrote their own pledge which featured on the World Animal Day Facebook page, along with pledges made by people from throughout the world who are standing up for the rights of animals.

Carter and Olivia Ries also held a Skype call with the students at Hartly Elementary School in Dover DE to discuss how they could raise more awareness to the fact that so many animals need our help. The students agreed to cover Elvis, a life-size papier mâché rhino, with all their World Animal Day pledges. Elvis was then used in the community’s annual parade to raise awareness of World Animal Day.

In Fremantle, Australia, a human chain of 900 animal advocates spanned the Stirling bridge for one hour on October 4 to highlight World Animal Day and the work of the organisation ‘Stop Live Exports’ to bring an end to the export of live animals to over 40 countries.

In Chisinau, Moldova, a wonderful concert was held in the city’s Philharmonic Hall with the very best Moldovan singers coming together to stand united for stray animals.

In South Africa, a colorful parade was staged through the streets of Cape Town and a record number of organizations stood together on the Animals Matter to Africa (AMTA) platform to speak with one voice - for the animals! The event concluded with the presentation of a memorandum with “asks” for animals to the South African Parliament.

These are just a short sampling of the events held in celebration of World Animal Day, but more can be found on www.worldanimalday.org.uk. On the World Animal Day website you can also meet the team of Ambassadors, add events that have not yet been submitted for 2015 (you’ll need to become a member first), and find out how to get involved next year!

Did you do anything special for World Animal Day? Let us know in the comments!

More in this category: « Are We Making a Difference? Last Week’s Legal Milestones for Animals »
Twitter
back to top