In October the Animal Issues Thematic Cluster (AITC), a coalition of animal protection and conservation organizations advocating within the United Nations (UN) Sustainable Development Agenda, held its first election, and I'm honored to announce that World Animal Net was unanimously supported in continuing our role in leading the AITC. I will be continuing to represent World Animal Net in this role, alongside Dr. Angela Wright of Compassion in World Farming, and the AITC's founder, Bonnie Wyper of Thinking Animals United. 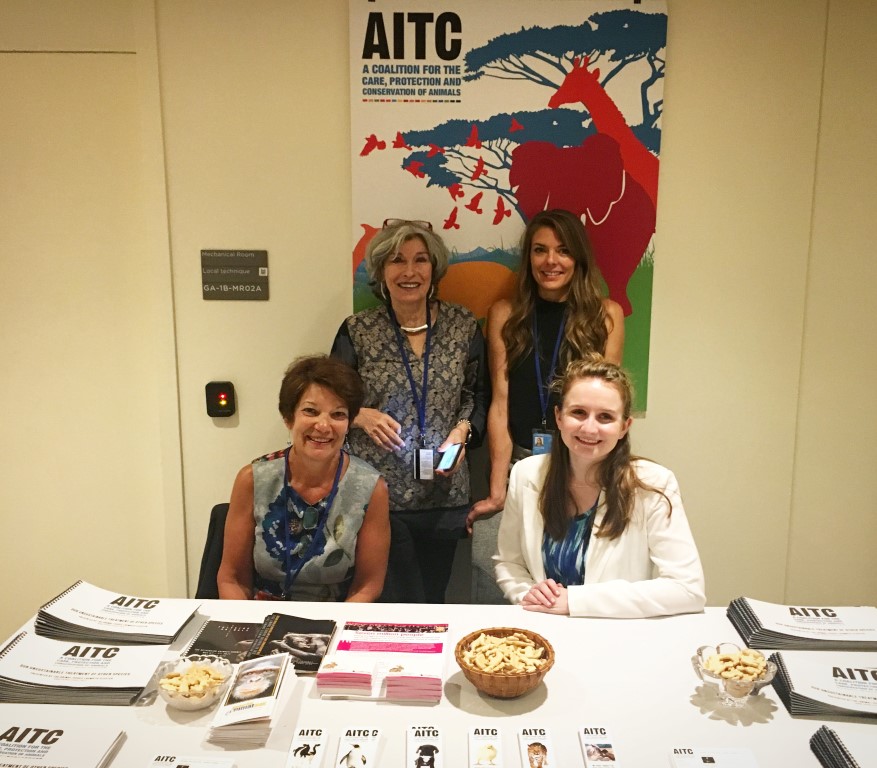 The AITC was founded in 2017 under the umbrella of the Non-Governmental Organization Major Group (NGO MG), a stakeholder group officially recognized by the UN. The AITC held its first meeting in December 2017, and after barely a year as a coalition has accomplished an enormous amount. Besides setting up a transparent and effective system of governance, the AITC was selected by the UN to host an exhibition at UN headquarters for the duration of the High Level Political Forum; hosted a reception at UN headquarters with guest speakers Leilani Munter, celebrity racecar driver and animal advocate, and Philip Lymbery, CEO of Compassion in World Farming; had our blog published on the UN Sustainable Development website; and ensured that animals were positively included in the positions of the NGO MG.

During the HLPF, I was also given the once-in-a-lifetime opportunity to represent the NGOs at one of the official sessions covering Sustainable Development Goal 15, the protection of terrestrial ecosystems. Unfortunately, I wasn't given the chance to speak at the session, but the statement was submitted as written testimony, and promoted by the NGO MG.

We are failing our planet and the animals and people who depend on it. Now is the time to look at the next decade with fresh eyes and new ideas!

I'm looking forward to continuing to support the work of the AITC, and its rapid work to fill the gap in representing animals within the Sustainable Development Agenda. With a strong first year on the books, I'm confident that the AITC's successes in 2019 will be even more substantial.

More in this category: « World Animal Net Takes on the Secretariat for the International Coalition for Animal Welfare International Policy Update - January 2019 »
Twitter
back to top