Smoke and Mirrors: Three Things You Should Know About the Mirror Self-Recognition Test

As a species, humans like to draw lines and we like concrete categories that help us navigate the world around us. We see animals no differently. We like to draw categories which help us determine what our responsibility to the animal in question is, and often the less these categories impinge on preexisting uses and perceptions, the more likely they are to be accepted. 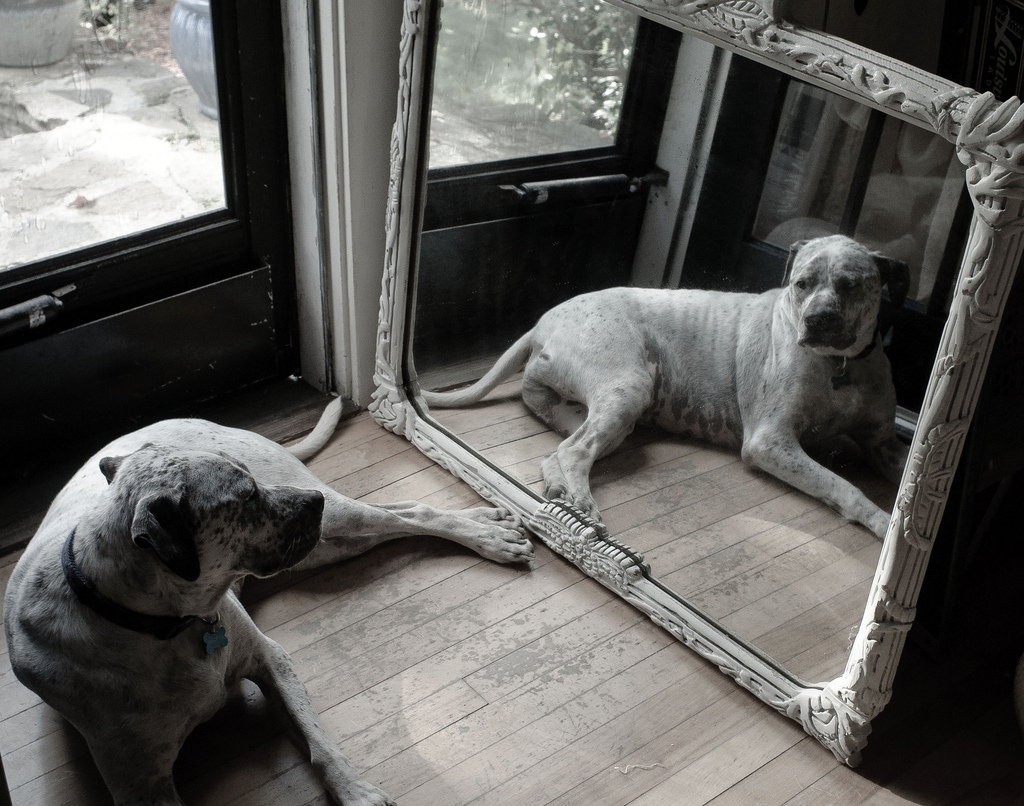 Self-awareness, or the ability to recognize one’s self as separate from one’s environment and others, is one line that has been used by some advocates to determine which animals should be granted legal personhood. Self-awareness is a seemingly concrete and manageable line to draw: If an animal is self-aware, then what happens to that animal must matter to him or her, and if it is not, then what happens to that animal cannot.

The difference in mind between man and the higher animals, great as it is, certainly is one of degree and not of kind." Charles Darwin

However, as Charles Darwin observed many years ago, the line in cognitive ability may be more of a grey area. And, perhaps more importantly, the way in which we attempt to determine self-awareness is potentially even more problematic. Using a test which has a high likelihood of giving a false negative (that is, determining an animal is not self-aware when the animal in fact is) could prove catastrophic in terms of treatment of species that fail to pass the tests we create for them.

Often, the mirror self-recognition test (MSR), developed in the 1970’s by psychologist Gordon Gallup, Jr., is used to provide evidence (or lack thereof) of self-awareness in animals and humans. In essence, an animal which has had an artificial dot placed in an area he or she is unable to see without the help of a mirror is introduced to a mirror. If the animal attempts to remove the artificial dot from its own body, the animal is said to be self-aware. If the animal fails to attempt to remove the dot, the animal is said to lack self-awareness. To date, bonobos, chimpanzees, orangutans, gorillas, humans, bottlenose dolphins, killer whales, Asian elephants, and Eurasian magpies have passed the test, while many more species have failed. But does this test actually tell us what we think it tells us? Here are three things you should know about the mirror test:

While positive results to the mirror test may be sufficient in telling us that animals recognize themselves in the mirror, it remains debatable what these results actually tell us and whether these results correlate with empathy and other high level behaviors. Given the potential for false-negatives discussed above, the fact that many species have not passed the MSR test should be regarded carefully, as it may simply mean that the test we have created is simply not species-appropriate.

What do you think? Should we continue to use the MSR as the gold standard in self-awareness research?

More in this category: « The Science behind the UN's Recognition of Culture in Cetaceans What Do Elephants, Rats, and Ravens Have in Common? Empathy. »
Twitter
back to top