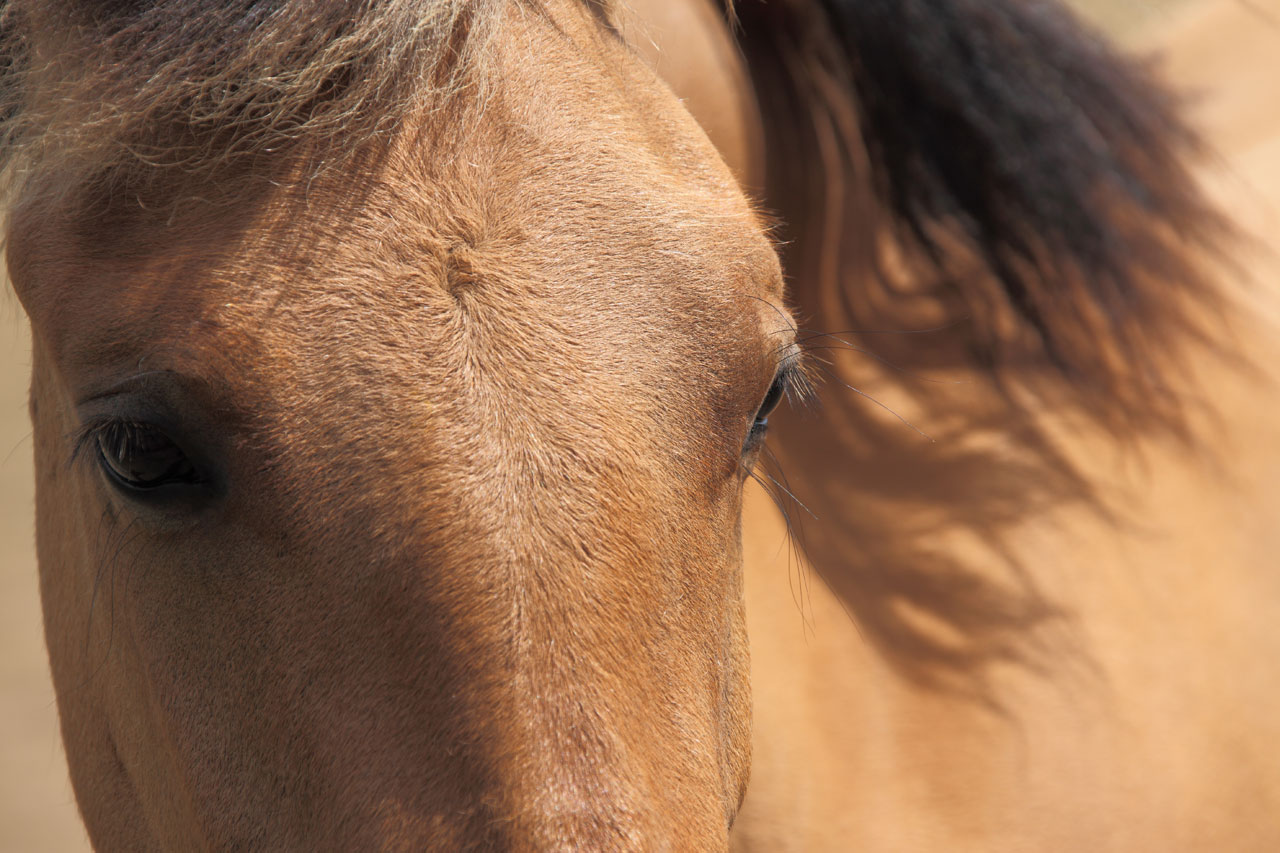 In both studies, researchers showed dogs or horses pictures of humans making either angry expressions, or happy ones. The study in horses went a step further, analyzing the horse’s physical reaction to the facial expression, demonstrating that how we feel when around horses affects also how the horses feel—when confronted with an angry face, the horses’ heart rates increased, indicating that they may be feeling stressed.

This probably isn’t groundbreaking or surprising for most of us working in the field of animal protection, but the question as to how dogs and horses became capable of reading our facial expressions now looms.

The researchers of both studies admit that it is unknown whether other species have the same capacity to read our faces and that it is unclear whether this ability is the result of our coevolution with dogs and horses, or whether it is an ability that is learned within an individual’s lifetime as a result of direct experience with humans.

The first hypothesis suggests that dogs and horses, both social animals where the ability to interpret how others in your social group are feeling is very important, have coevolved with humans and over time were able to extend this ability to humans in addition to dogs or horses. Thus, the ability is innate in the species and is dependent on thousands of years of a unique human-animal bond.

The second hypothesis suggests that an individual dog or horse has learned from its lifetime of experiences with humans and knows that a happy face means one thing (perhaps pats or treats), but that an angry face means something negative and to be avoided (perhaps hitting or rough handling). By this hypothesis, the ability to read human facial expressions is a result of learning, and is not innate.

Further research will help to elucidate how this ability arose and what other species may share this ability, but until then, I’ll explore why the distinction matters and what hypothesis I suspect will better explain what the researchers have observed.

Ethical Implications of the Scientific Evidence

If the evidence draws support to the coevolution hypothesis, then it could also be used to build a case for exceptional human-animal bonds (over and above others). This could be used to support the potentially harmful concept that because of the unique bond between dogs and humans or horses and humans, these animals have a more important claim to our moral consideration than other animals.

If, on the contrary, the evidence supports the notion that individual animals learn to interpret and react to other animals’ facial expressions, the ethical implications will be quite different. If pigs, chickens, and other species can also learn to read our facial expressions, then the species barrier becomes a little bit narrower, and the weight of moral obligation to animals is not shifted to those species with which we have a “special” coevolutionary relationship and away from those we feel we don’t.

I share my home with one small cockatiel, named Jazzy. Cockatiels are likely more domesticated than other species of parrots, given their relative popularity, but in comparison to how long we have been sharing our lives with dogs and horses, cockatiels have had relatively little time to coevolve with us (parrots are still wild animals who truly belong in the wild, and not in our homes).

Despite this, I am quite certain that Jazzy, like the dogs and horses in these studies, has learned to interpret my facial expressions. If I smile at Jazzy, she is likely to put her wings out slightly and bow, turning her head sideways (in what I believe to be the bird equivalent to a dog’s play-bow). If I scowl at her (say, for chewing yet again on our cabinets or the book I’m reading), she will react either by stopping, or by defensively opening her beak. However, my favorite is when she hears a noise or is confronted by a novel object that she is not familiar with. Her first move is to look at my face. If I am smiling, she will ignore the noise or begin inspecting the new object. However, if I look surprised or afraid, she will take to the wing in an instant and be out of sight. She uses my facial expression and reaction to inform what action she will take.

This isn’t something that happened overnight. It actually took several years for both of us to be able to understand each other’s behaviors. Just like I had to learn how to tell when Jazzy was afraid or happy by her facial expressions and body motions, she has had to do the same with me. I suspect that it is not that difficult for animals of social species to translate their social behaviors, necessary for their survival, across the ‘species barrier’ after having experience with animals of another species. While I realize that my experience with Jazzy is only one piece of anecdotal evidence, I suspect that hypothesis two is more likely to describe how dogs and horses have come to recognize our facial expressions, and that many other species will be found to have the capacity to learn to read our faces as well. I look forward to hearing what researchers will find next.

More in this category: « Fish Friendships Facilitate Foraging Opportunities
Twitter
back to top