The Positive List: Solution to regulate the sale and keeping of exotic animals as pets

We at AAP Rescue Centre for Exotic Animals were very happy to see the new Dutch Positive List for mammals coming into force on the 1st of February. After 22 years of campaigning together with other animal welfare organizations, it is a huge milestone.

We are also delighted to observe across Europe a growing interest for the Positive List as the ideal legislation to regulate the sale and keeping of exotic animals as pets and hope that more EU Member States will progressively adopt the Positive List.

Non-domesticated, exotic species have complex needs that are not always known and almost impossible to meet for private owners. When kept as pets, the welfare of those species is jeopardized; they often suffer and die prematurely. Therefore, most exotic species are not suitable to be kept as pets. At AAP we receive many exotic pets, which arrive in terrible physical and psychological condition.

A Positive List is a list of animal species suitable to be kept as pets. It is a legal instrument based on a scientific risk assessment. Negative lists, which focus on animals that are prohibited from being kept, always lag behind. They require extensive financial resources in damage control and create a bureaucratic burden as they do not fulfill the precautionary approach.

However, animal welfare is not the only problem linked to the trade of exotic species as pets. Exotic pets can be dangerous for human health either by being predatory or poisonous species or by carrying diseases—75% of emerging human diseases are zoonotic. In addition to threatening public health and safety, exotic species can carry diseases transmissible to domesticated animals. This has already led in the past to dramatic loss of livestock, compromised food safety and devastating socioeconomic consequences for the sector. Because these species are difficult to keep, it often happens that they escape or that the owner releases them, not able to cope with their care anymore. This can lead to considerable damages to the environment and biodiversity. Between 10 and 15% of species transported out of their natural range become invasive alien species. 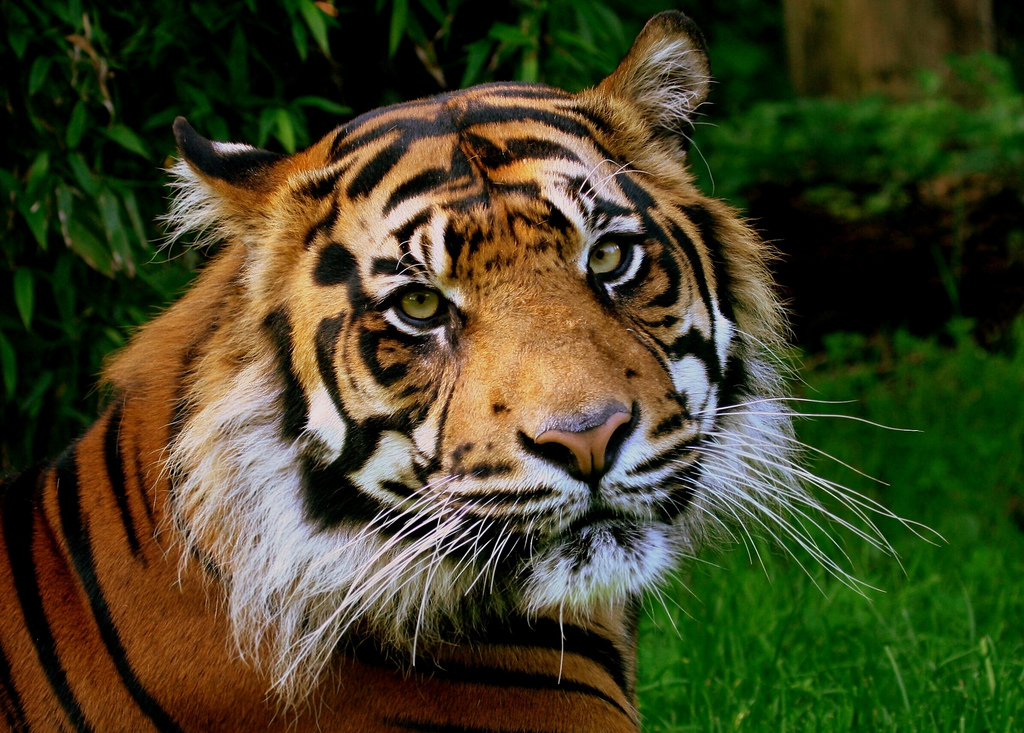 The illegal trade of exotic species is considered to be the third largest form of trafficking worldwide after drugs and humans. Moreover, all of the problems mentioned above cost billions in taxpayer money globally. Controlling and eradicating invasive alien species, treating people because of zoonotic diseases, fighting against illegal trade and slaughtering thousands of farm animals in order to prevent the spread of diseases... The European Commission estimates the costs of controlling and restoring the damage of invasive alien species in the EU alone at 13,5 billion euros annually. More details can be found here.

As a rescue center, AAP has faced a constant increase in the number of exotic animals kept as pets and then given up or confiscated: either way, in need of rescue. This led us to start working on sustainable, long-term solutions to this obvious problem. Noticing that none of the myriad of legislations addressing this issue at the European, national or even regional level had succeeded, we realized there was only one way forward: a Positive List.

AAP became involved in this process as early as 1992, when the Dutch Animal Health and Welfare Act kicked off the discussion about a Positive List. More than 10 years went by before the advisory board of the Ministry presented the first positive and negative lists for mammals and birds, reptiles, amphibians and fish to the Ministry and the press. Unfortunately, in 2004 the then Minister of Agriculture rejected the idea of implementing the proposed Positive List.

In the meantime, Belgium took notice of what their Dutch colleagues were up to and introduced a Positive List of their own. It didn’t take long before the legislation was challenged in court, and it was not until 2008 that the European Court of Justice ruled that the Positive List is not a violation of the EU free trade regulations as long as it is based on objective and non-discriminatory criteria (ANDIBEL ruling 2008, C-219/07). This ruling gives the Positive List approach a European legal base. The effectiveness of the measure is clearly recognized by the Belgian government and rescue centers, while public opinion has largely welcomed the legislation.

In the Netherlands the final system works around two groups of three experts each, who assess species based on available data (published and scientific) about the animals’ welfare, behaviors, and physical and social needs; then the groups submit the assessments to a Positive List Advisory Committee (PAC). The PAC issues the final advice for each species and the Ministry makes the final decision on which species are included on the Positive List.

The Dutch Positive List regulates the keeping of mammals in the Netherlands, but it is the intention that lists for other taxa will eventually follow.

Approximately 450 mammal species will be assessed. Animals not on the Positive List that are already privately held can be kept until their death, but breeding is prohibited. Species that will not be assessed are by default not allowed, although there is the possibility of requesting an assessment if the owner can prove a legitimate interest.

Owners acquiring an animal not on the Positive List after the legislation comes into force are breaking the law and risk a sanction. For more information, please contact Margot Décory, Public Policy department of AAP at This email address is being protected from spambots. You need JavaScript enabled to view it..

AAP is a privately funded rescue center which was started in the 60s and which is recognized as a NGO since 1972. AAP has capacity for almost 500 animals and rescues primates and other exotic mammals in two locations (the Netherlands and Spain).

More in this category: « Remembering Ray Butcher Work Smarter Not Harder: Resources to Improve Your Communications Strategy »
Twitter
back to top