Quiz: How Well Do You Know What That Fish Is Thinking?

Fishing is an enormous industry. The Food and Agriculture Organization of the United Nations (FAO) estimated that in 2012, global production of fish (including crustaceans and mollusks) reached 158 million metric tons. Approximately 91 million metric tons came from wild capture, a number that has remained relatively constant since 2006. Roughly 67 million metric tons come from aquaculture, or the industrial farming of fish. This number, unlike that for captured fish, has nearly doubled since 2003! 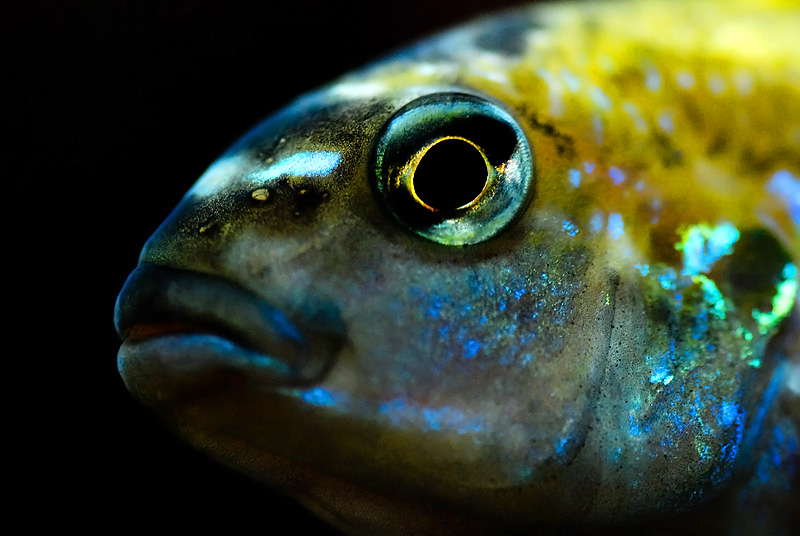 Conversation about fish production and consumption is often centered on sustainability. Overfishing has long been recognized as the major cause for plummeting fish stocks globally and which has ripple effects across ecosystems. Aquaculture has been implicated in the transmission of disease to wild populations, antibiotic resistance, and pollution.

But, there is a relevant part of the conversation that is all too often overlooked, and is apparent even in the way in which the FAO quantifies fish: metric tons. While it is possible to find counts of the individual land animals used in food production, fish are invariably measured by weight which speaks volumes to how we view them. Even the name "fish" and the lack of the common usage of a plural to refer to a group of individual fish (in English) indicates our unwillingness to accept fish as individual creatures.

According to a study highlighed by Fishcount.org, based on FAO statistics and average fish weight the annual number of caught fish alone may range from 1-3 TRILLION individual fish. That number does not include farmed fish.

Staggering as these numbers may be, new research on fish behavior and sentience paint an even darker picture. As Jonathan Safran Foer writes in his book 'Eating Animals', it is difficult for us to relate to or understand fish because they "are always in another element, silent and unsmiling, legless and dead-eyed. They were created, in the Bible, on a different day, and are thought of as an unflatteringly early stop in the evolutionary march toward the human."

However, as science is slowly beginning to show us, that depiction is far from the truth. So, how well do you know what that fish is thinking? Take our quiz and find out!

How well did you score? Let us know in the comments, and be sure to watch this video of a fish who appears both to be playing and to enjoy being petted!

Photo Credit: "The Biggest Fish in the Tank" by Alexander Boden, used under CC BY-SA 2.0

More in this category: The Science behind the UN's Recognition of Culture in Cetaceans »
Twitter
back to top