What Do Elephants, Rats, and Ravens Have in Common? Empathy.

We are all familiar with the feeling of empathy. We feel sad when our friends and family are sad, and we share their happiness when they are happy. But is empathy a trait unique to humans? 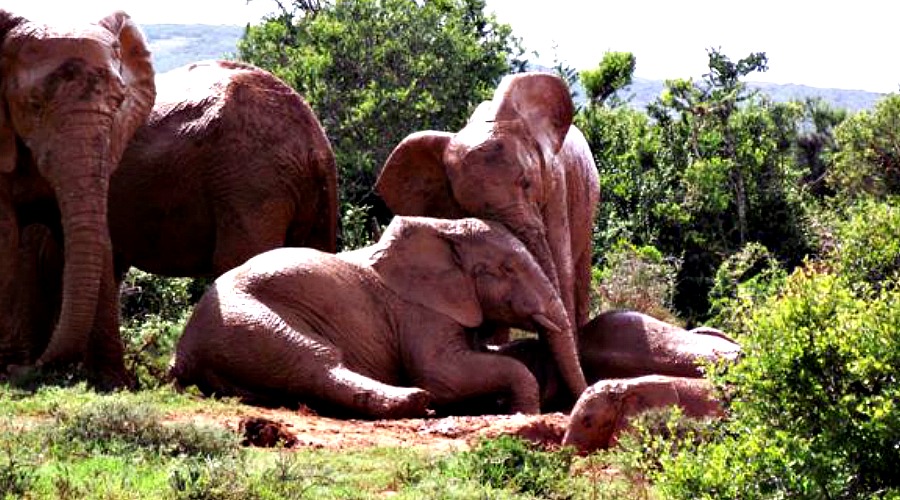 Empathy in animals and humans, as defined by the scientists who study it, “refers to situations in which the subject has a similar emotional state to an object as a result of the perception of the object’s situation or predicament… and the emotional state remains object-focused rather than self-focused.”[1] In other words, one animal recognizes another’s state of mind, and not only mirrors that state, but remains focused on the other individual and may even try to act in a helpful manner.

So, how do we use science to learn about empathy in animals? A closer look at studies in elephants, rats, and ravens will help us to understand how empathy may have been used by other species long before humans had even given it a name.

A study done at the Elephant Nature Park, a sanctuary and rescue center for elephants in Thailand, sought to determine how elephants react to others who exhibit signs of distress. This study was especially interesting as it focused on small groups of unrelated individuals (roughly 5-7 elephants per group). This is notable because often empathy and consolation behaviors are more associated with the relatedness of the two individual animals.

The study, which took place over an 11-month period and many hours of behavioral observation of the elephants as they were moved through various areas of the sanctuary for grazing and play, “found that elephants affiliated significantly more with other individuals through directed, physical contact and vocal communication following a distress event than in control periods.” Researchers went on to include that “the elephants’ behavior is therefore best classified with similar consolation responses by apes, possibly based on convergent evolution of empathic capacities.”

After placing two rats in an enclosed area, one free to roam and the other in a restraining device, researchers waited to see how the free rat would respond to the cagemate’s distress. In a control experiment, the restrainer was empty. Interestingly, the free rat worked to unlock the restrainer only when the cagemate was trapped and not when the restrainer was empty. Even more interesting is the finding that when a rat was given two restrainers, one with another rat and one with chocolate, the rat would unlock both restrainers, and would often share the chocolate with the newly freed rat. The short clip to the right shows footage of one rat working to free another. You can watch a short clip of the experiment here.

A study at the Konrad Lorenz Forschungestelle in hand-reared ravens sought to understand whether consolation occurs after aggressive interactions between birds. The birds, some of which were siblings, were observed for nearly two years. After aggressive conflicts, researchers noted whether bystanders to the conflict consoled the victims.

The researchers found that not only did consolation behavior occur, but that it increased with importance of the relationship between the birds as well as the severity of the conflict. The researchers conclude that “patterns of post-conflict behavior suggested that bystanders consoled victims with whom they shared valuable relationships, indicating that the ravens may employ strategies similar to those used by chimpanzees to alleviate distress and mitigate the costs of aggressive conflict.”

As we continue to learn more about empathy in animals, there is no doubt that more and more species will be added to the list of animals who express this social behavior. Have you experienced empathy behavior in animals? Share your stories below!

More in this category: « Smoke and Mirrors: Three Things You Should Know About the Mirror Self-Recognition Test Rats Understand & React to Facial Expressions of Other Rats, but What About Birds? »
Twitter
back to top