For the first time, scientists have observed a species of fish that literally “watches each others’ backs” while foraging. Coral reef rabbitfishes foraging in pairs were found to forage in a unique manner: one fish forages head down in the coral reef, while the fish’s partner stands watch, head up, scanning the surroundings for threats. 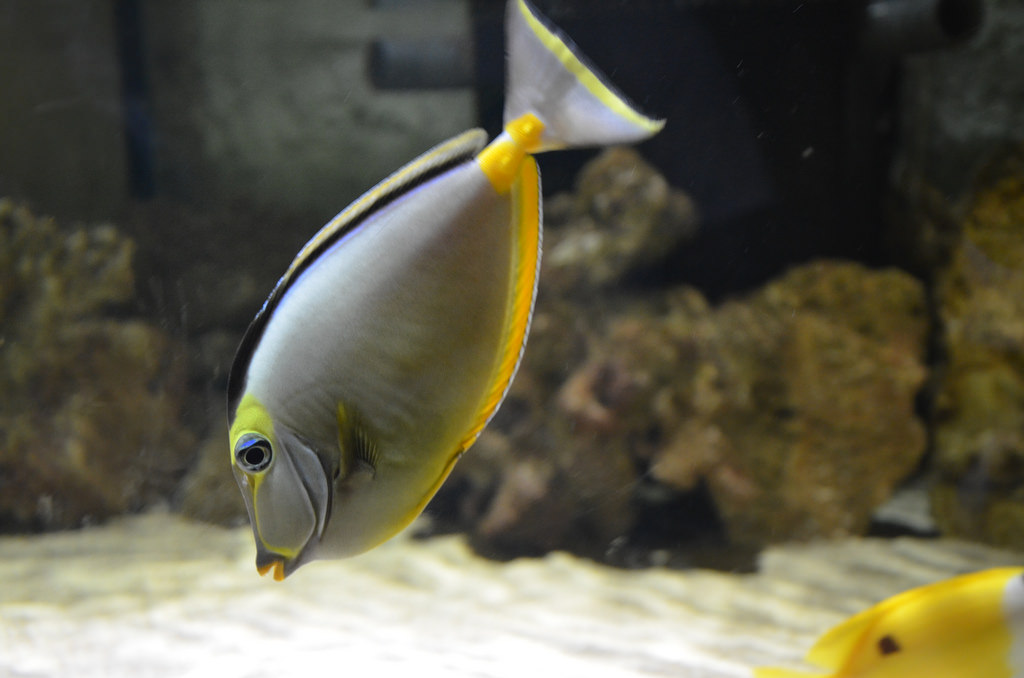 The researchers found that paired fish regularly switched roles between forager and scout, and that fishes engaging in this type of mutual foraging benefited by the opportunity to forage for longer and search deeper into crevices than fish who foraged by themselves. Fish acting as scouts played this role to their own detriment, potentially putting themselves at risk to predators, but also reducing the amount of time available for them to forage. Interestingly, it seemed that specific fin-flicks are used by the fish to communicate and coordinate their foraging.

The research, which was carried out by the ARC Centre of Excellence for Coral Reef Studies at James Cook University, is the first time that such reciprocal behavior has been documented in fish. “There has been a long standing debate about whether reciprocal cooperation can exist in animals that lack the highly developed cognitive and social skills found in humans and a few species of birds and primates” said Dr Brandl, one of the co-authors on the paper. “By showing that fishes, which are commonly considered to be cold, unsocial, and unintelligent, are capable of negotiating reciprocal cooperative systems, we provide evidence that cooperation may not be as exclusive as previously assumed.”

Co-author David Bellwood hoped that their findings would “further ignite efforts to understand fishes as highly developed organisms with complex social behaviours,” and that the research “may also require a shift in how we study and ethically treat fishes.” You can read the original article in its entirety here.

This knowledge of reciprocal cooperation in fishes is a welcome addition to a growing body of knowledge of fish cognition and sentience, which includes evidence that fish play, are capable of using sound to communicate, have individual personalities, like to be petted, and feel pain. You can read more about these discoveries in past posts on the WAN Blog and at Fish Feel.

More in this category: « Beyond Words: A New Book About What Animals Think and Feel Why Can Dogs and Horses Read Our Faces? »
Twitter
back to top