The Feeling Lives of Animals

On Saturday mornings I visit an animal sanctuary in rural Maryland where I join a small team of volunteers tending to farm animals rescued from neglect or abuse. Some of these animals will never fully trust a human, while others want to interact. 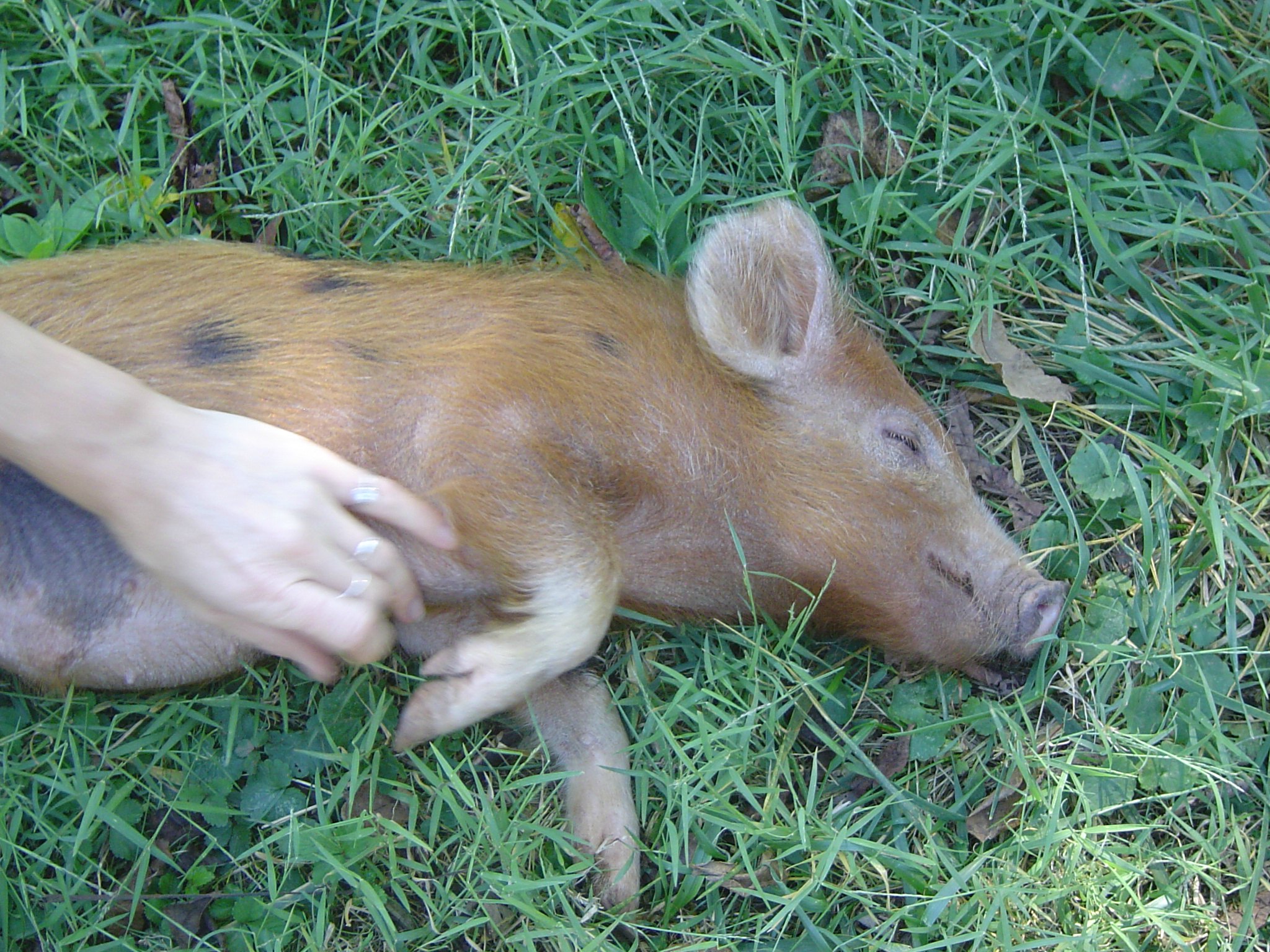 As a biologist with a special interest in animal happiness, I've figured out where they like to be scratched and rubbed. Goats, such as Trudy or Malcolm, walk over and lean gently against me. When I scratch between their horns, caress their faces and vigorously swipe my hand down their backs and flanks, they become noticeably more relaxed. Their eyelids droop and they stand completely still.

At the sheep barn, an elderly ram named Adam wags his tail in approval when he is petted. I’ve actually had two sheep (Clover, and Chester) come up to me and repeatedly paw my leg or boot with their front hoof after I stopped massaging their backs and walked away. It’s clear they recognize me as a fellow being who can provide something good.

At the pig barn, 700-pound adults dozing on soft hay will assist the effort to give them a belly-rub by shimmying further onto their sides and raising their legs. And when the chicken barn door opens, about 20 birds come surging out into the sunlit garden. They spend the next few hours foraging with devotion, taking breaks to sunbathe by reclining on their sides, fluffing out their feathers, and stretching a wing to maximize the surface area available to the sun's warm rays.

Once deemed inscrutable, animal emotions are now considered a legitimate source of inquiry. When we observe changes in behavior and physiology that echo changes in our bodies when we are exposed to similar stimuli, we can infer that the animal is experiencing something similar to what we experience. Let me briefly give two examples.

Touch isn’t therapeutic only for humans (or goats and sheep), but it also works for fishes. When researchers from the University of Lisbon placed stressed surgeonfishes in a tank with a mechanical wand that delivered gentle strokes, the fishes swam up against the wand to receive caresses, and their levels of the stress hormone cortisol dropped. By comparison, stress levels remained high when stressed fishes were placed in a tank with a stationary wand that couldn’t deliver strokes.

The unpleasant noise of an fMRI machine is enough to stress just about any dog, but Emory University scientists are using positive reinforcement (and headphones!) to train pet dogs to remain motionless inside an fMRI machine, allowing the scientists to monitor brain activity while the dogs react to sensory stimuli. When presented with five scents (self, familiar human, strange human, familiar dog, strange dog), dogs' brains register the strongest delight in response to the familiar human. It appears the notion that a dog is "man's best friend" cuts both ways.

These are just two examples in an expanding body of evidence that animals are not just alive, but that they have lives. Witnessing animals expressing their wants and needs has taught me that they are individuals with intentions and preferences. Their lives matter to them. Their desire for rewards and to relieve stress are part of sentience — the capacity to feel. Sentience encompasses a universe of positive and negative physical and emotional experiences.

To help fuel the revolution in our understanding of animal sentience, my colleagues and I have launched the first journal dedicated to animal feeling. Animal Sentience is a peer-reviewed, multidisciplinary, online journal whose articles are freely available to anyone. Our inaugural issue features articles and commentaries on fish pain, welfare biology, veterinarians’ responsibility to report animal abuse by their human clients, and critiques of recent books on animal grief, animal minds, and animal welfare.

Few of us who have lived with dogs and cats need convincing that these beloved beings are deserving of our respect and protection. But we generally have a cloudier view of wild animals, or those (like the goats and sheep we met earlier) destined for the dinner plate. Today, as we gain a deeper understanding of all animals, I believe we are approaching a more enlightened era in the evolving human-animal relationship.

Jonathan Balcombe, Ph.D., is the director of Animal Sentience with the Humane Society Institute for Science and Policy. His next book, “What a Fish Knows,” will be released in 2016.

More in this category: « What’s your view? How can ICAM improve the DPM guide? WAN Announces New Model Animal Welfare Act »
Twitter
back to top