Written by  Valerie Benka, Director of Programs at the Alliance for Contraception in Cats & Dogs

Convening stakeholders can be a challenge, particularly when those stakeholders are what one might call “strange bedfellows.” The Alliance for Contraception in Cats & Dogs (ACC&D), with its mission to advance non-surgical fertility control to effectively and humanely reduce the number of unwanted cats and dogs, was founded with the belief that it is both possible and essential for diverse stakeholders to talk and work with one another. After all, the goal of developing a non-surgical sterilant is one that appeals and has relevance to scientists, animal welfare practitioners, veterinarians, and the pharmaceutical industry alike. 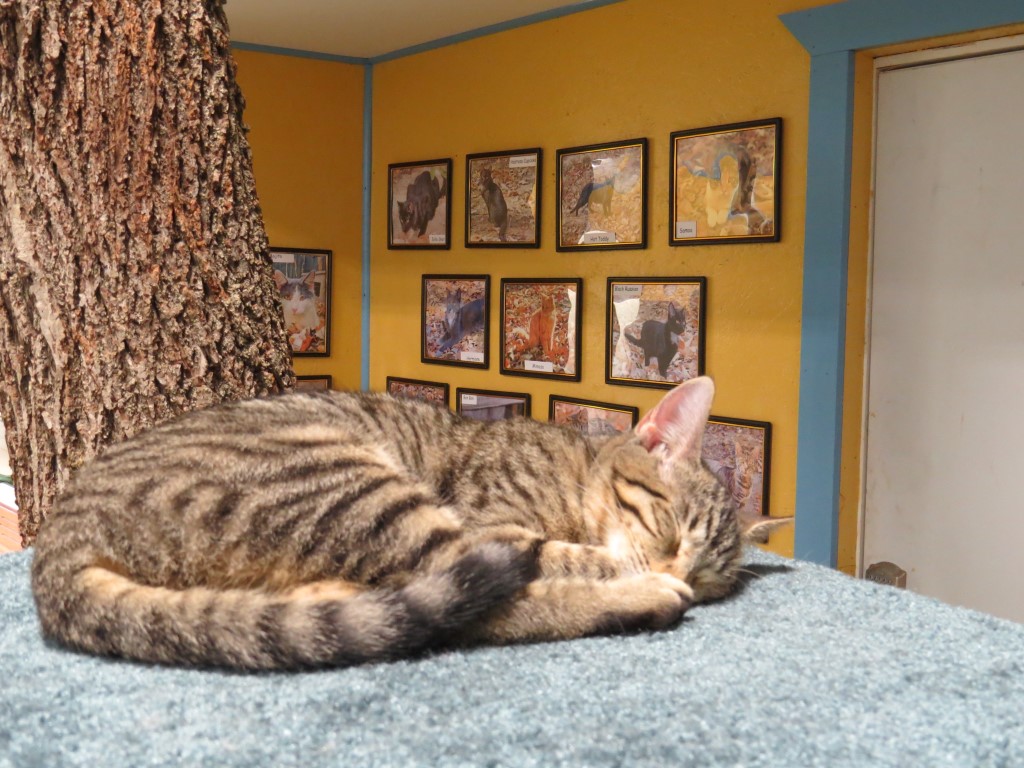 ACC&D is the brainchild of three veterinarians: Drs. Henry Baker, Stephen Boyle, and Brenda Griffin. Together, they recognized the need for non-surgical options for companion animals, as well as the need for collaboration in order to see progress. This collaboration has since been realized in a number of capacities.

Ten years ago, ACC&D helped inspire the launch of the Michelson Prize & Grants in Reproductive Biology, a $75M program to incentivize research through prize philanthropy and grant funding to rapidly develop a permanent, single-dose, nonsurgical sterilant for male and female cats and dogs. It’s part of Found Animals—an organization that has also contributed $3.2M in spay/neuter grants, seen 20K+ pets adopted, and launched the first free microchip registry—as well as supporting groundbreaking research by scientists working in the human and veterinary medical fields alike. Many scientists who received grants are new at working on a goal to help dogs and cats.

ACC&D recently finished a study of GonaCon, a contraceptive vaccine that is approved by the US EPA for wild horses, wild burros, and white-tailed deer, and had shown promise in safely contracepting cats in a laboratory environment (research led by Dr. Julie Levy, Director of the Maddie’s Shelter Medicine Program and co-founder of the Million Cat Challenge). We wanted to see if GonaCon was equally effective in contracepting cats in a more “real world” environment. To do this, we relied on the deep knowledge of pharmaceutical development of ACC&D board member Linda Rhodes, DVM, PhD, whose expertise lies in developing new drugs for animals, to develop an extensive protocol that could pass muster with the US Food & Drug Administration. We relied on the extensive animal welfare and animal behavior knowledge of another Board member, Amy Fischer, PhD; she was the mastermind behind a groundbreaking facility that allowed us to collect top-notch data while giving cats an extraordinary quality of life before being placed in loving homes at the end of the study.

We encourage you to attend our upcoming 6th International Symposium on Non-Surgical Contraceptive Methods of Pet Population Control in Boston, Massachusetts (USA) July 22-24, 2018. It will be another example of convening diverse stakeholders to work toward solutions to a common challenge or goal. The below pie chart shows how attendees at our last symposium, in 2013, hailed from a broad array of backgrounds and disciplines. This was recognized in feedback from attendees including this quote from Dr. Cheri Asa, Former Director of the AZA Wildlife Contraception Center at the St. Louis Zoo: “The diversity of perspectives and representation from different disciplines and backgrounds was especially interesting and informative, something not to be found at other conferences.” 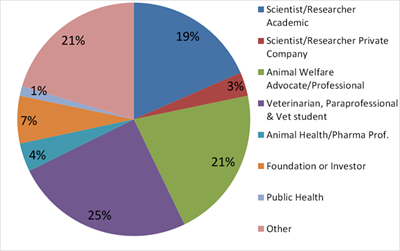 Convening stakeholders can be a challenge, but it’s certainly possible, and it’s most definitely valuable. We hope you will see it in action at our upcoming symposium!

More in this category: « World Animal Net Honoured to Be Part of the Animal Welfare Renaissance in Africa! Champion of the Global Pact for the Environment in Surprise Resignation »
Twitter
back to top