World Animal Net has just sent out for comment a new draft report on stray dog control. Oh no ... not another stray dog control report, you may think?! But this one is based on new research, and takes a fresh approach: It examines the content, implementation and practical impacts of the OIE’s international standard on stray dog control – and includes recommendations for advocacy by animal protection organisations.

This project has caused me to reflect on the painfully slow progress of rolling out humane stray control measures across the world. Just why is this, when the main principles of stray control have been known for more than 15 years? 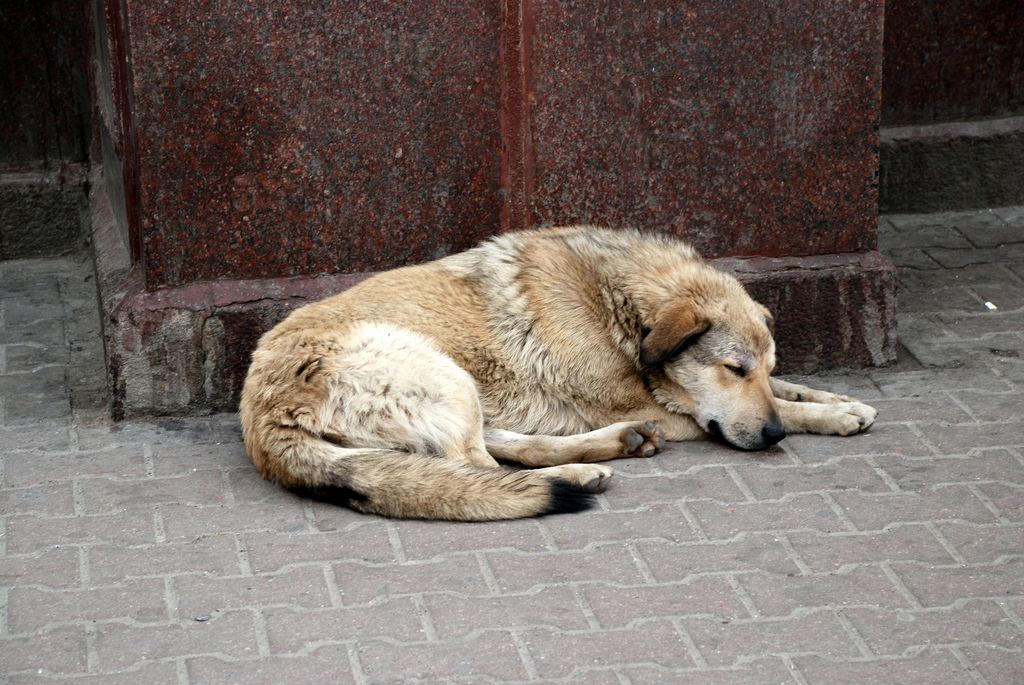 In a previous incarnation, I worked as the European Director of the World Society for the Protection of Animals (WSPA, now World Animal Protection) and recall that even before 1990 WSPA and the World Health Organisation (WHO) were giving workshops in various countries on the principles of humane stray control. What is more, these were the self-same principles that are used today, including:

This work was further developed when WSPA established its ‘Pet Respect’ campaign, which also forged important links with leading veterinary bodies to take this forward.

Now we also have an international standard on stray dog population control, under the aegis of the World Organisation for Animal Health (OIE), which has been agreed by OIE member countries. Our research indicates that this provides a good baseline that governments should implement to ensure adequate welfare for stray dogs (in the absence of higher standards). It also acknowledges that the promotion of responsible dog ownership can significantly reduce the numbers of stray dogs and the incidence of zoonotic diseases.

So why do so many countries that have agreed to this international standard take few or no steps to implement it? [Even if they do not yet consider animal welfare important, stray control measures are vital to controlling rabies, which remains endemic in many countries across the world; and the existence of uncontrolled street dogs gives rise to other animal and human health problems, risks and costs.]
Why do so many countries still resort to inhumane ‘catch and kill’ methods when these have been well proven to be not only cruel, but also ineffective over the long-term?

The following suggestions may hold some clues:

Stray dog control has always been a major area of animal protection society work. Historically, this has been mainly hands-on, practical work (with its origins in sheltering and re-homing, but now including other aspects such as population control and education and awareness). Has this given national and local authorities the opportunity to abdicate their responsibilities for stray control work? Is it not much easier, and less political, to pass the burden of this work to animal protection organisations?

The OIE’s international standard clearly outlines responsibilities for stray dog control – and these include the veterinary authorities, government agencies and local government; and also dog owners and private veterinarians. Non-governmental organisations (animal protection organisations) are only mentioned as ‘potential partners’ – important because of their work on education and awareness, as well as their knowledge and expertise, and ability to harness resources.

Is it time to pass on the baton of responsibility, and the costs, for this work?

(We recognise that some authorities do take responsibility; and some contract animal protection services; but there are still many others that do nothing and/or give nothing towards such services.)

There seems to have been ‘pilot project’ after ‘pilot project’ on stray control... This is a recognised disease in development circles, commonly called ‘pilotitis’! Not only have there been many projects led by animal protection organisations, but also five-year WHO projects (with significant funding from the Gates Foundation) in Tanzania, South Africa and the Philippines.

So why have these pilot projects not been rolled out – when the recipe is well-known? Lack of political will? The ‘short-termism’ of politics? In developing countries, could this also be due to lack of support from well-funded development organisations?

As is recognised in the Guiding Principles to the international standard, dog ecology, or the study of dogs and their environments, is linked with human activities, and control of dog population measures have to be accompanied by changes in human behaviour to be effective. In reality, it is social change which is needed – not just stray control interventions. What is more, this change needs to incorporate not only human-animal relationships and responsible dog ownership, but also environmental aspects such as effective waste management.
OK, these approaches are longer-term, but they have been recognised as needed – so why are countries not kicking off the work right now?

As we drafted our new report, it became increasingly clear that the main reason why many countries had not yet implemented humane stray control measures was the lack of political will. Is this because the authorities don’t understand, or just don’t care?

This may well differ from country to country. But what is clear is that strengthened advocacy by the animal protection community is vital. We need to supercharge our practical stray control work with effective advocacy if we are to achieve significant animal protection goals.

Research carried out at the USA’s ‘Center for the Advancement of Social Entrepreneurship’ confirms that all high-impact NGOs become effective at advocacy, as well as service delivery. Some begin working on service delivery, but add policy advocacy to change legislation and acquire government resources. Others begin with advocacy work, and later add grassroots work to supercharge their advocacy (for example, ‘best practice’ pilot projects). The grassroots work helps the NGO to deliver informed policy advocacy, making legislation more relevant, and advocacy helps the NGO to achieve its policy and program objectives.

Advocacy - coupled with education and awareness - is the only way to achieve sustainable change. How many times do we hear of stray control projects carried out by animal protection organisations, which are later destroyed by governments – who again revert to cruel ‘catch and kill’ methods, including killing animals already neutered and vaccinated? What a tragic waste of scarce animal protection funds and efforts, as well as the lives of healthy animals.

Advocacy is a low-cost approach, compared to the vast expense (and commitment) of carrying out practical stray control work. At the end of the day, it is the only way we will stand a chance of meeting our animal protection objectives. Animal protection organisations simply do not have the resources for carrying out national stray control programmes, whereas governments and international development organisations are far better funded. They must be made to take responsibility for this important issue which affects animal and human health and welfare.

World Animal Net has a Strategic Advocacy Course – currently freely available on our website - to help with your stray control advocacy.

We are still looking for good practice case studies on animal protection advocacy for humane stray dog control to include in our new report. Do let us know if you have a good case study that you are willing to share!

Photo Credit: Stray Dogs by Andre, used under CC BY 2.0

More in this category: « Four Reasons Your Organization Should Join the World Animal Day Movement One Year of the WAN Blog! »
Twitter
back to top