What makes an Effective Coalition

Advocacy requires hard work and a long-term commitment. It is easy for people’s commitment and enthusiasm to wane. The synergy that comes from people working together productively on an important issue can sustain efforts, even through difficult times.

Coalitions exist to enable their members to co-operate and work together. They take time and energy to develop and maintain because they involve building relationships of trust with other people. Many advocates find this aspect of their work to be both the most challenging and the most rewarding.

Starting a coalition is the easy part… Maintaining and developing the coalition is more difficult! The following advocacy tool provides some useful advice on managing coalitions.

Coalition leadership can be shared (e.g. through a rotating co-ordination committee or steering group).

It is the role of the coalition leadership to ensure that the above suggestions are brought into action, and to:

The following may assist members to practice cooperation, not competition:

It is also a function of the leadership to run meetings effectively and efficiently. Coalition meetings can be time-consuming and non-productive – particularly if the coalition contains a broad base of differing organizations and individuals. General principles of running effective meetings should be applied. 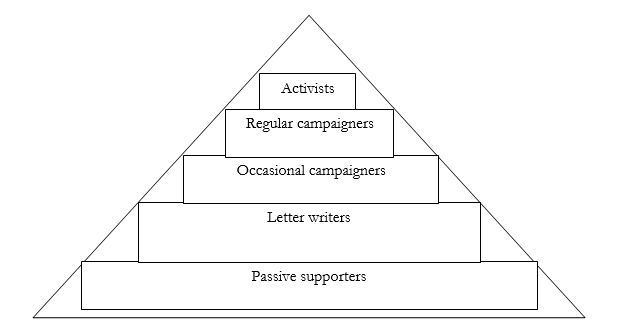 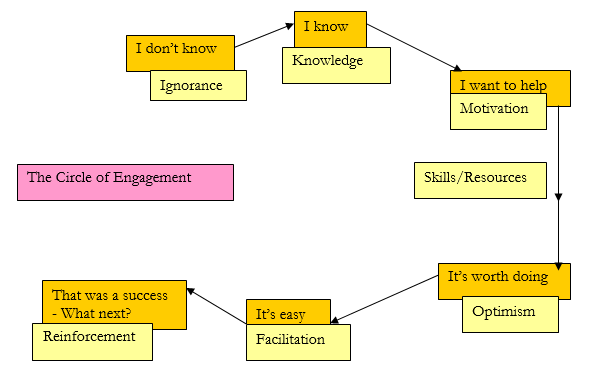 The main elements needed in the formation of a coalition are:

Mission and Purpose
The first meeting should work towards achieving a common sense of mission and purpose.

The mission and purpose of the coalition must be clearly stated, so that organizations that join will fully comprehend the nature of their commitment. Coalition members should openly acknowledge any differing self-interest, so as to recognize differences but promote trust and respect among the members.

A name will also have to be agreed, and a common ‘ask’ which each member agrees to respect.

The strategy should allow each group to contribute its unique approach, with different groups taking different angles and approaches. But it is important that groups work together on agreed priorities, rather than all functioning independently. Also, core messages – including the ‘ask’ – must remain consistent. It is vital that groups do not work against each other.

Members will have different skills and approaches, and be able to achieve things in different ways. They will also have various resources (money, premises, vehicles, meeting facilities, equipment etc.). Different groups will also have different contacts. The comparative advantages of each group can be assessed, so these can be exploited, and duplication avoided.

The strategy should also allow each group to express and contribute its unique approach, with different groups taking different angles, perspectives and approaches (e.g. a NGO that works closely with government, such as a service delivery provider, can be responsible for documenting and highlighting ‘best practice’ examples; whereas a combative campaigning group can document and highlight failures – in a hard-hitting campaign). But it is important that groups work together on agreed priorities, rather than all functioning independently.

This process should lead to the identification of skill and resource gaps, and thus the need to mobilize funds and/or carry out capacity-building.

Establishing Roles and Responsibilities
Coalition tasks and responsibilities should be clearly defined and assignments equitably distributed on the basis of the members’ areas of expertise. At the heart of every successful coalition, there should be a small group of leaders who are deeply committed to both the issue, and to ensuring that the overall goals of the coalition take precedence over the narrow interest of individual member organizations. Regular meetings should allow opportunities for members to report on their progress.

Decision-Making and Communication Channels
The coalition’s structure and decision-making processes should also be agreed, since issues such as the level of contributions, involvement in decision-making, and leadership can sometimes cause dissent. More democratic methods, such as rotating leadership, can help although they may slow down decision-making and management.

Regular communication should be established. Make sure that all coalition members are updated regularly on what other members are doing, what needs to be done, and what progress has been made.

If the coalition is well organized in its early stages, unnecessary problems can be avoided. Everyone involved must understand and sign up to the coalition’s mission, structure, operating procedures, and tasks – as a bare minimum. A coalition’s power lies in its ability to present a united front.